Tottenham fans went into the new season in limbo. On the positive front, this is one of the best Spurs teams we have seen in a long, long time, guided by a world class manager in Mauricio Pochettino. On the negative, the club did not invest a single penny in new players over the summer and the move to the club’s new stadium was already running considerably late and over budget.

Although Tottenham only barely threatened to get involved in the title race they are firmly established as a top four team and made it to the semi finals of the Champions League for the first time. That has put paid to most of the concerns about the lack of investment in the playing staff whilst every Tottenham fan who has visited the new Tottenham Hotspur Stadium agrees that it was worth the wait.

The shiny, all singing, all dancing stadium has won rave reviews since hosting its first official match on 3 April. From the big things like the massive kop that stands behind one of the goals and a pitch which divides and retracts to minor details like the way pints of beer are filled, the Tottenham Hotspur Stadium is widely regarded as the best football stadium in the country and one of the very best in the world. But how does it compare with the Premier League’s other venue and what makes a truly great football stadium?

The Tottenham Hotspur Stadium is second only to Old Trafford in terms of capacity when it comes to current Premier League stadiums. Manchester United’s ground has been expanded on a number of occasions to 74,879 seats, whilst Spurs’ new home can seat 62,062 which is only slightly larger than London Stadium (60,000 seats) and the Emirates Stadium (59,867).

As any player for Man Utd, Tottenham, West Ham or Arsenal will tell you, there is nothing quite like being cheered on by tens of thousands of your own team’s fans. Selling a massive amount of tickets also does good things for a club’s balance sheet but it is not as simple as bigger being better when it comes to top class football stadiums.

Bournemouth’s Vitality Stadium manages to produce an excellent atmosphere with just over 11,000 seats whilst Burnley and Crystal Palace get a significant boost from playing at Turf Moor and Selhurst Park despite each having much less than half of the capacity of the Tottenham Hotspur Stadium. Moreover, some West Ham fans will tell you that their team’s home advantage has been lessened since upgrading from a capacity of 35,000 to 60,000.

There is something to be said for smaller, compact stadiums creating the sort of atmospheres that just can’t be replicated in big, cavernous bowls. The architects of the Tottenham Hotspur Stadium tried to counter that with the single tier South Stand and by carefully considering the acoustics of the design. They also ensured that the front of the stands are not too far from the pitch so as to create an intimacy between the players and supporters such as you’d find in a more traditional stadium such as Everton’s creaking yet historic, and soon-to-be-replaced, Goodison Park.

Smaller total capacities can also boost a football team’s bottom line. In America, many of the biggest teams across a number of different sports are actually taking seats out of their stadiums to make room for more premium seating, concourses and other high priced areas. In a stadium as big as Old Trafford, the Emirates or the Tottenham Hotspur Stadium, clubs are able to have the best of both worlds – huge numbers of standard seats and plentiful corporate areas to bring in large amounts of money. 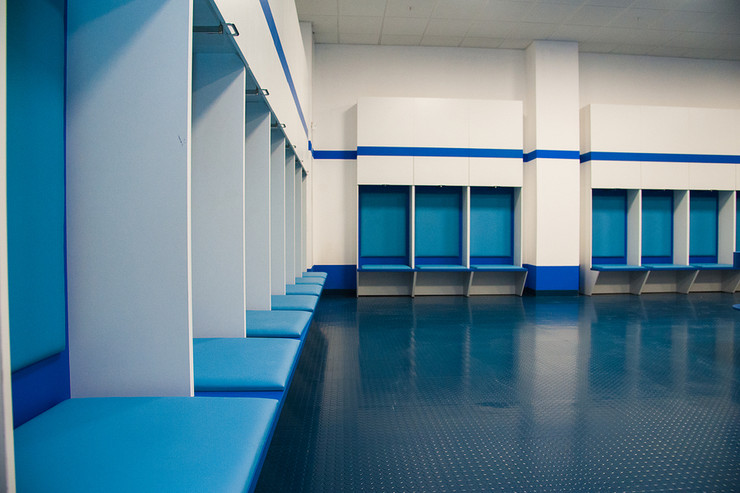 Amongst all the impressive elements of the Tottenham Hotspur Stadium a couple of seemingly strange things have proven to be most newsworthy. The first of these is the way that pints of beer are filled up from the bottom and the second is that the stadium includes the biggest single bar in Europe. Perhaps this says a lot about UK culture and football culture in particular! In addition, all of the bars and areas to get food at the ‘New White Hart Lane’ as it’s been dubbed by supporters, are named after players, places or other things associated with Tottenham in a bid to make it feel more like home.

The same is true in other relatively new Premier League stadia such as the London Stadium, Falmer Stadium (Brighton’s Amex) and the Emirates have similar such touches. It takes time for a stadium to really feel like home, years and even decades in some cases, so anything the clubs can do to make their fans feel comfortable in their new surroundings is welcome and beneficial to all involved. That’s why touches which may seem a little gimmicky at times can actually make a big difference to fans.

While it’s true that football fans will be happy if their team is winning in whatever stadium they’re playing in, it takes a lot to make a stadium a home. The best way to do that is to make them proud of their ground. Tottenham have managed to do that instantly but it doesn’t always happen, just look at the fuss West Ham made about installing a claret surround at London Stadium as opposed to the green one that sat on top of the running track at the former Olympic Stadium.

Manchester City had to do similar work turning the City of Manchester Stadium into a place that feels like home after it was handed over following the Commonwealth Games. It’s much easier when the stadium was designed specifically for the team and indeed the sport that will be played in it and with their input but it is possible given time and effort. 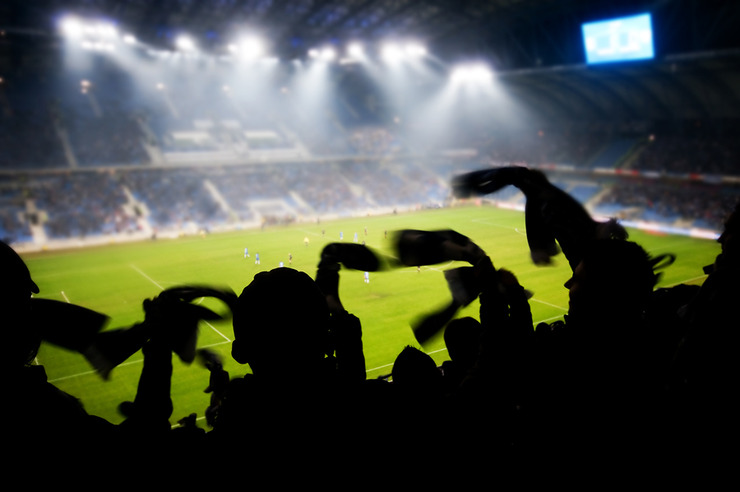 Fans have a huge role to play in the way a stadium feels. Selhurst Park is far from the most glamorous stadium in the Premier League but it is always picked out amongst grounds with the best atmospheres in the league. That is thanks largely to the Holmesdale ultras.

The fanatic Eagles fans create an atmosphere akin to that found in many European grounds with drums and constant chanting during Crystal Palace home matches. The fact that they sit behind one of the goals and are very close to the pitch helps to multiply the impact they have on the atmosphere at Selhurst Park. As well as the home support, the away fans have to rise to the occasion when they visit the South London ground which is a very different situation to many other stadia.

Many stadiums in the Premier League are routinely criticised for perceived poor atmospheres. Whether fair or otherwise, away fans will often point out the lack of noise at the Emirates, the Etihad and London Stadium. The fans at those clubs will bristle at suggestions that they are in any way lacking in terms of passion but steps have been taken by all three clubs to try and improve the atmosphere during home matches. Be it the introduction of singing sections or by playing music to whip up an atmosphere before kick-off, clubs will do all they can to ensure a positive and raucous atmosphere given the importance it can have when it comes to results.

Architects and planners can do all the work they like to create a world class stadium but stadiums are much more than just buildings. They become living, breathing entities when filled with fans on a matchday and any stadium that falls down in this regard cannot truly be compared with the best in the Premier League.

Time will tell which the best stadium in the Premier League is when all things are considered but most agree that Spurs’ new home is right at the top of the charts in many regards. And of course, we haven’t even mentioned Anfield or St James’s, whilst Everton are just one of a number of clubs who are hoping to move to a new ground in the coming years. The future of the premier League certainly looks bright, on and off the pitch – and in the stands!