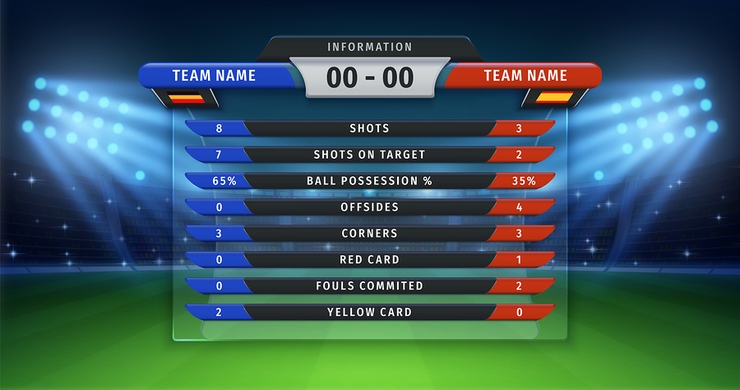 The betting industry and betting markets in particular have rules applied to them which make them favourable for the bookies. As such, when betting on football you are going to be able to bet on a wide range of markets, many of which actually cover the same thing.

For example, the handicap market allows you to bet on things such a traditional handicap and an Asian handicap. A bet of -2 goals on the traditional handicap is essentially the same as -2.5 goals on the Asian. For that bet to win, you need the team win by 3 or more goals. There are other permutations for that bet, but that is the scenario for both markets and to win that bet outright.

Similarly, the 0-0 correct result and the no goalscorer bet are two markets that are essentially the same, but one is actually a much better bet than the other, and this comes down to the betting rules that are applied to each market. Before we get too far ahead, let’s run through how each market works and the rules that are imposed for that bet.

With this bet, you are betting on the final score for the match to finish 0-0 – a goalless draw. The bet is as simple as you can get, but as ever with these correct score markets, they can often be quite lucrative, paying out anywhere from 10.00 up to 20.00.

This is because they are very hard bets to call, as one goal either way means that your bet is over. If you compare this to say a 2-1 correct score bet, then you can afford either team to grab the first goal and still very much be in the game, even if it’s the team that you’ve backed to lose.

There are no particularly notable rules for this market, you just need the game to finish 0-0 and that’s pretty much it. The key take away is that it’s a difficult bet to get right.

This bet comes from the goalscorer betting markets and instead of choosing a player to score first, last or anytime, you are instead saying that no player will score at all. If this is the case and no one scores, then you would think that the game would have to finish 0-0, right?

Wrong! One of the rules on this market is that if an own goal is scored then it will not count for this market, the bet will carry on and disregard that own goal.

This means that own goals don’t count as part of the goalscorer market, so technically, as far as your bet is concerned the game is still 0-0.

How do the Odds Differ?

There’s an upcoming Championship match between Middlesbrough and Luton Town, so let’s dive into that to see if we can notice any difference in the odds.

The odds for the no goalscorer bet are only slightly less, at odds of 7.50. There’s very little in it in terms of price, but one of them offers much better value than the other. This is a pretty common theme and you will find that for most fixtures the odds are pretty similar.

Here is a look at a handful of games taken at random to show you what we mean:

As you can see from this collection of games, the majority are exactly the same price. This means that for a lot of fixtures you don’t even lose any value in terms of price, although you may have to scout out the best bookie for this, as some are more uneven than others.

Which Bet Should you Take?

It’s all about assessing the value for each game that you are playing. You will find that for most games the odds will be so close that it won’t make much difference to your potential payout, like you see in the table above. If you find that the odds are exactly the same for both bets, then taking the no goalscorer market is an absolute no brainer.

Of course, there will be times when the 0-0 is priced considerably higher. This could be in games where own goals have been common or they have players that have a high percentage of own goals. Jamie Carragher of Liverpool used to have an oddly high rate of own goals, so this sort of thing would offset the odds a little.

The majority of times though, you really should be looking to take on the no goalscorer bet over the 0-0 bet as even with a slight decrease in odds, you are protecting yourself from any own goals that occur.

Real-World Examples of this Paying Off

The first example that we have comes from a game between Manchester United and Brighton in the 2017/18 season. The game was eventually won 1-0 by Manchester United, but that goal went down as an own goal by Lewis Dunk. This was the only goal in the game, which meant that the 0-0 correct score would have lost and the no goalscorer bet would have won.

Another example takes us back a year to the 2017/18 season when Arsenal hosted Leicester City. This was another 1-0 game that was settled by an own goal from Leicester centre back, Robert Huth. Again, the 0-0 bet loses and the no goalscorer bet wins, even though a goal has been scored.

What are the Downsides?

The only downside in choosing no goalscorer over 0-0 is that you might have to take ever so slightly lower odds than the 0-0 correct score, but only some of the time. You may even find games where the odds are the same, and in super rare scenarios it may be better to take the no goalscorer bet on price alone.

But the trade-off is totally worth it and we think that even with a small adjustment in the price, the best bet here is to take the no goalscorer bet. As you can see from the two examples above, these would be games that you would lose on the 0-0 bet and win on the no goalscorer bet, even though the end result is the same.

As long as you can get the odds to be pretty close, take the no goalscorer bet every time over 0-0. Even though it may only come into a play a few times per season, it could cost a lot of money not backing the right market for technically the same bet.

There are a few things that you can look at as basic strategy for these types of bets.

One of the first things is team form. Obviously for the no goalscorer bet we are looking for teams that are struggling to score, but you need to make sure that their opposition also struggle to score. It might not necessarily be two teams that at the bottom of the league, but strong teams that are set up not to lose games.

Crystal Palace had a similar sort of set up, ending the season with a -2-goal difference and only slightly more goals scored and conceded than Newcastle. The 0-0 draw that was played out between them in September of the 2018/19 season should have come as little surprise for two teams that were well organised but lacked any real flair or quality.