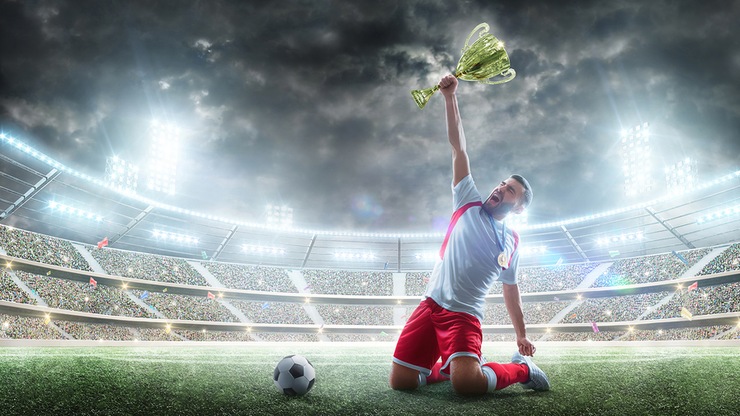 Betting on cup winners may seem a fairly easy task with only a handful of teams having any real possibility of getting there, but in fact, it can be surprisingly difficult. There’s lots to consider, as with any bet, but one of the first decisions you need to make is whether to go international or domestic.

You see, each cup competition is going to have a certain level of prestige, with some being more desirable than others. For example, in England teams are going to be much more pumped to win the FA Cup than the League Cup, just because of the history of the competition. In Europe, the Champions league will always be a bigger prize than the Europa League because it is steeped in history.

Teams are able to have more of a strategical plan of attack with domestic competitions, but with international cups the teams are basically going all out to win. A World Cup, the European Championships, or Copa America are huge for international teams as they don’t come around so often, so everyone is giving 100% effort all of the time.

If we start our research in the UK, we can start to get a better look at the teams that might be able to challenge and win the cup.

With the FA Cup then, only 1 team from outside of the Premier League’s “Big 6” has been able to take home the trophy since 2007-08, and that honour goes to Wigan Athletic when they shocked Man City in the 2012-13 cup final. The last time it happened was in 1994-95 when Everton managed to muscle their way through.

This means that one of the Big 6 has won the trophy every other year in that timeframe, so from a betting point of view this is where you are going to want to start your research. Strong domestic teams are often capable of putting together winning strategies and therefore can win multiple times within a few years.

Let’s move on to the League Cup.

We can see that no team since 2013 has been able to break the Big 6’s hold on the trophy, but prior to that the record is a lot more mixed. We can see that 8 teams outside the Big 6 that have won the League Cup at some point in the same time frame we considered when looking at the FA cup. In terms of final appearances, however, this number jumps up to 15 not including those that went on to win it.

What this highlights is the importance that some teams place on certain cups. Given that the FA Cup has been won by a smaller range of teams than the League Cup, we can assume that the bigger teams are willing to rest key players for these games in an attempt to target other more prestigious competitions, that also have more eye catching financial prizes.

The fact that fewer of the big teams win smaller cups such as the League Cup, means that you can find value from teams that might not usually be the first clubs that you think of for outright bets. Also, we just want to point out that even though we are talking about cup games in England, you can apply this to pretty much any domestic trophy worldwide, with each seeing very similar trends.

A good place to start looking is with teams that are pretty solid in the league and aren’t really going to be worrying about relegation, but aren’t realistic contenders for league champions either. These are ideal teams to try and find a bit of value, as they will likely target these smaller cups to either get into Europe or just for a bit of silverware. They will not have to rest players for big games in other competitions either, which is a huge factor in how well they do in the smaller cups.

If we were to give examples, it would be your Everton’s, Leicester’s, and Watford’s’ of the league. These are the teams that are not going to demand a premier price tag in terms of the odds on offer, but will offer a little bit of extra value whilst also having a good go.

Cup games in smaller competitions are often opportunities for the bigger teams to rest first team players, or to give some experience to younger players coming up through the ranks. Some may even field an almost unrecognisable team for their cup games, and this means that they aren’t going to be as strong as they might have been for league matches.

You need to try and work out the standard of team that will be on the field, and decide whether you think they are capable of going all the way. You will find that if a manager has put out a weaker team in earlier rounds that have done well, they can be reluctant to drop these players that had got them so far in later rounds.

A great example of this working out (although not in what would be considered a smaller competition) was when Jurgen Klopp played the youngest ever side in Liverpool’s history against Shrewsbury in the FA cup 4th round, and won.

In a way, international cups are somewhat easier to bet on, as at least you know the teams that are going to be taking part, and to some extent even the starting line ups. The main thing though, is that you know each team will be giving it 100% and going all out to win, which takes out a huge amount of guesswork.

You can then apply things like form and head to heads with the opposition on a much stronger foundation, because there isn’t the same tactical approach going on as there might be in a domestic competition.

You will find with international cups that teams tend to dominate in cycles. For a certain number of years they might be almost unbeatable, but as that crop of players age and retire, they need to start again with a new first team squad using players that are less experienced and less used to playing alongside each other.

A really good example of this is Spain. In 2008 they went on to win the European Championship with a relatively young team. 2 years later in 2010 they won the World Cup and then followed that up by retaining the Euro’s in 2012 in one of the most dominant periods of any country.

But in 2014 the country was dumped out of the World Cup in the group stages, before failing to get past the Round of 16 in the next Euro’s and the next World Cup. This is what they call a ‘transitional period’, as new blood joins the team and finds their feet.

As a bettor, you need to find countries that are at the start of their cycle. You can even predict this a couple of years out with the players that are starting to come through. At the minute, a great shout would be someone like the Netherlands, who have won major international trophies in the past but have had a rough few years. As of 2020 they have a host of amazing players starting to come through and could easily emulate what Spain was able to do over their successful period.