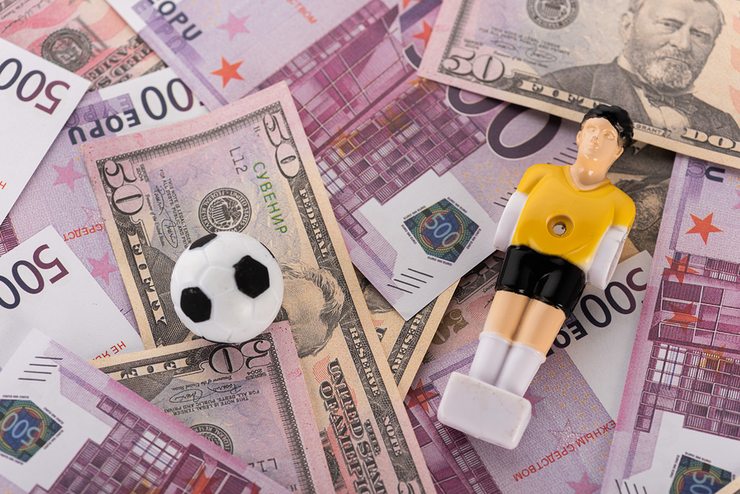 Every season, huge emphasis is put on clubs signing new players to try and strengthen and improve their squad, and given that there are only two transfer windows in which to sign players, there is often little time available to get deals done and contracts signed.

Clubs in leagues like the Premier League can collectively spend in excess of £1 billion on new players each year these days, and this number is only going to rise as players become more in demand and therefore more expensive to buy. The obscene amount of money that is thrown around comes in from sponsorship deals and TV deals.

Many signings there might be, but the question that we are looking at today is do these signings guarantee success? There is no one answer to this question, but there are a lot of examples of big signings amounting to nothing. Rather than a strategy guide, read this article as a word of warning.

Liverpool are a good team to start with, since they have seen big transformations in the last few years. They’ve spent a lot of money doing it too, although arguably they have not been able to produce the level of success that the fans have wanted over the last decade – in the league at least.

In 2018-19, however, something changed for the Reds, and they were able to push Man City all the way to the end of the season, finishing just a point shy of the title in the end. By the start of that season they had spent £163 million on players, which included the likes of Alisson, Keita, and Fabinho.

The season before that they had spent £156 million on players such as Virgil van Dijk, Mo Salah, Alex Oxlade-Chamberlain and others. The investment that was made during this time has undoubtedly helped Liverpool to become real title contenders again, but is there more to it than that?

The quality of the players and how well they gel with a club’s current squad and manager is the key here. If you compare the players listed above with the likes of Lallana, Lovren, Moreno, Benteke, Clyne, Ings and others, they are worlds apart in terms of ability, yet a similar amount of money was spent on each set of players.

From these stats you would have to say that whilst spending is important, spending badly is not going to get you anywhere, and Liverpool have been a good example of how new signings can work both to your detriment and to your advantage.

It’s the headline grabbing transfers that cause the most speculation, and they also come with the most pressure for the club and the player involved.

Paul Pogba’s transfer to Man United for a reported £94.50 million in 2016/17 was the highest transfer fee for any player in the league. He was set up to be the man to take Man United back to the top following a bit of a torrid time since Sir Alex Ferguson’s departure 2012-13.

In Pogba’s first season with United they managed to finish just 6th in the league, a highly disappointing season for them. They were able to win both the League Cup and the Europa League though, which bagged them a place in the following season’s Champions League and took the pressure off a little.

In Pogba’s second season United finished a respectable 2nd in the league, but they were 19 points behind their rival Man City after a very one-sided campaign. Things didn’t improve in the next season either, with the team finishing 6th again, winning no trophies, and not even qualifying for the Champions League.

Pogba came under huge criticism for his performances and there were constant rumours about him leaving. Looking back, you would have to say that United didn’t really get what they paid for.

Funnily enough, another one of the highest Premier League transfer fees of all-time was that of the £76.23 million paid for Romelu Lukaku just a year after Pogba’s signing. Things didn’t go well for him either, eventually being sold to Inter Milan prior to the 2019-20 season

How This Effected the Odds

Upon signing Pogba, United were priced at 5.00 to win the league that year having been priced at 4.00 the season prior. They were priced at just 3.75 the following season, but remember United had won a few trophies. Interestingly, in the 2018-19 season after a barren few years, they were priced at a massive 34.00. The poor signings that the club has made over the years, Pogba’s lack of impact and the gap between them and the likes of Liverpool and Man City all contributed to this.

What this best shows is that even though teams are able to bring in big money signings, it is no guarantee of success. United have proved this beyond doubt, and if anything they have gone backwards since these big signings came in.

The odds on offer do fluctuate when these signings are made though. After Pogba came in and Lukaku followed, the odds got progressively shorter at the start of each season before it became clear that the signings were flops. This just goes to show that you need to be wary of the hysteria surrounding these big money signings, as the teams may be trying to paper over bigger cracks.

One area that people are keen to jump on is newly promoted teams who are keen to splash the cash. They look to invest in players that can keep them in the league the following season, and you will find that the bookmakers often follow the money.

A great example of this came about in 2018-19 when Fulham were back in the Premier League after some time spent in the Championship. They decided to go for broke and ended up spending over £100 million on players pre-season. More than a dozen new players swelled their ranks in an attempt to remain in the Premier League.

Due to the investment, the bookies had them down as the 5th most likely team to get relegated priced at 3.00; longer priced than Watford, Brighton, Huddersfield, and Cardiff. But this was another case of quantity over quality, and Fulham were relegated the same season.

Whilst they are at opposite ends of the table, the Man United and Fulham cases are very similar; they both threw money at a problem in an attempt to strengthen their team and it backfired. The implications are different as United are never going to get relegated, but they are currently experiencing one of their worst top-flight runs in the club’s history, which goes to show that new signings aren’t the be all and end all for a strong team.

From a betting point of view, the bookies love to react to big name signings and clubs that splash the cash. We’ve shown just a few examples here of when that has gone wrong, but it happens all the time.

The best clubs are the most stable clubs, those that carefully choose a couple of quality players that will add something the squad is lacking. These are the bets that do well, and whilst the marquee singings will continue to roll in as the money in the league increases, you should be cautious before lumping your cash on these spend happy teams, because money can’t bring you trophies.