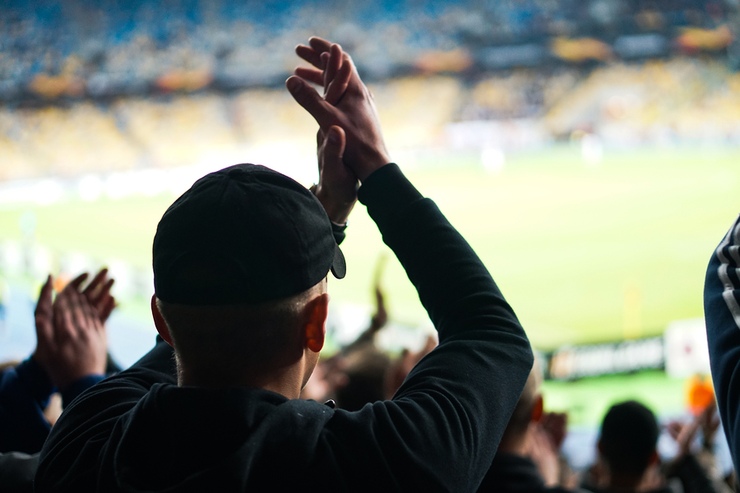 One of the best things about sport is going to see it live. You can watch all you like on the TV, but the atmosphere in the build-up to the game as you walk down the street with thousands of other fans before entering the stadium and seeing the pitch for the first time is tough to beat.

Whilst the majority of football fans are there purely to enjoy the game and cheer on their team, there are people who attend football matches to try and get a betting edge over the bookmakers. They do this by trying to place bets before the odds can be updated by the bookmaker, and thus getting ahead of the crowd.

This process is often referred to as “courtsiding”, but the term can actually have two different meanings; the first is where people are trying to put bets on within the ground to gain an advantage, the second is where they relay that information to others outside of the ground.

Betting Benefits of Being at the Match 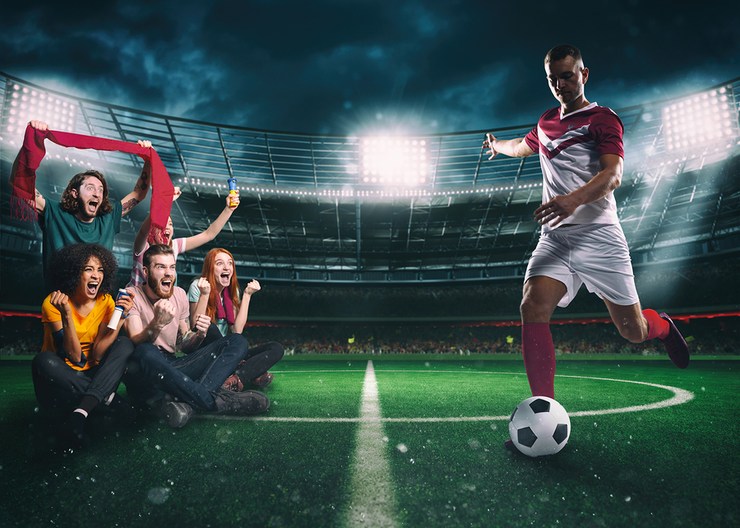 You can definitely benefit from being at the game in person, and there are a number of other positives too. The first and probably most obvious benefit is that you can see first hand how the game is panning out and then decide how the odds are reflected from that.

Whilst football is covered incredibly well by pretty much all bookies these days, it’s unlikely that they have people watching every single match live. Bookmakers mainly rely on data feeds, especially for lower priority matches, and these feeds come from outsource companies who have people at the matches sending them the info. The bookmaker will have a complex algorithm that then takes this data and compiles the odds from it.

This creates a small delay, so if you can get your bet on before the data has been fed back to the bookmaker and then applied to the betting market, you can get an edge and make a profit. There are pitfalls to this though, that we talk about later in the article.

Another advantage of being at the match is that you are better able to anticipate what might occur next in the game than if you were watching on TV. You need to know what you are looking for, but often you can tell when a team is on top and pressing for the next goal in a game. This may not always be reflected in terms of ‘data’ so the odds may not reflect this either.

If you are knowledgeable about football and you are able to anticipate how a game is starting to develop, then yes, you’re going to be able to get added value for being at a match rather than reacting to stats or text online.

How do Bookmakers Protect Themselves?

The bookmakers obviously have to have measures in place to make sure that they are protected from people betting early at the grounds, otherwise they would lose a lot of money.

One of their most common forms of defense is that of the suspended market. This is when they suspend betting on all markets for that game for a brief period of time if they think something major might take place and affect the odds.

For example, there could be a scenario where a team is on the attack and a player has just broken past the last defender and is about to go one on one with the goalkeeper. It’s a great chance for the player to score and if they do, the match odds will change dramatically. The person feeding the data at the ground can spot this and decides that this event could be a big one so they suspend all bets on the market until the event has passed, which allows the bookies to update their odds via the algorithm. If they left this live people would be able to hover over the bet button at every advantageous stage of play just in case it turned into a goal.

Another trick that the bookmaker has up their sleeve is that of delayed bets. You often find with live betting that it takes a few seconds for that bet to go through, and if the market needs to be suspended whilst waiting for the bet to be placed, then the bet will be cancelled and the stake returned to the punter.

Those couple of seconds head start that punters at the match might have over the person inputting the data and updating the odds can make all the difference, so bookies often have this delay set around the 5 second mark for most bets, which is enough time for the data to be processed and the market suspended if necessary.

Problems for the Punters 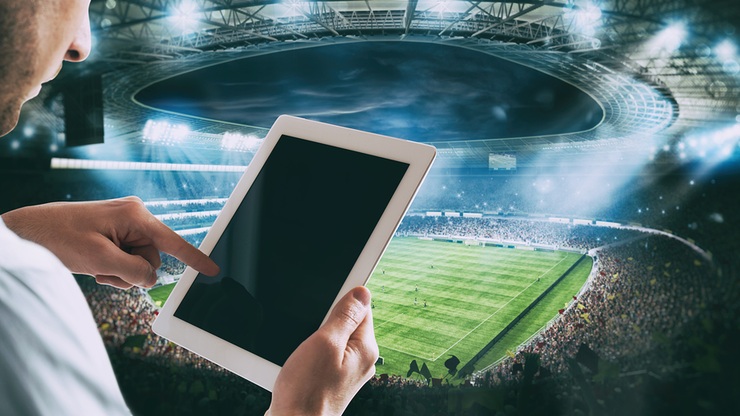 Despite the advantages, there are a number of issues that punters can face when trying to get their bets on at the ground.

The most common bugbear is weak or slow internet signal. When you are at a football match with several tens of thousands of other fans, there are lots of people trying to use the same mobile data mast. This unusually high demand can severely reduce internet speeds and the usability of the phone you are trying to bet with drops significantly.

Given that you need to be super-quick to get ahead in the first place, this slow service is likely to eliminate that tiny window of opportunity. Even when people have 4G or may be linked to free Wi-Fi, they still see their speeds suffer and some might not even work at all in big stadiums. This is a huge problem when live betting.

Another problem for those sat watching the match, is it can be tough to observe the game and then switch your attention down to your phone, choose your bet, stake, and then place the bet. Even if you have preloaded the betslip, if the odds have changed then bookies ask you to accept them before staking, which is something else that buys the bookies a little more time.

Not to mention the wally with the big hat sat in front of you getting in the way!

The Price of Success

While there are pitfalls, there are times where you will be able to get bets to go through under the radar before the bookies catch on. The bookmakers will pay out on these bets, so don’t worry about that.

Problems only arise if you are doing it multiple times with the same bookmaker. They will have algorithms in place that track who has profited from situations like this and then look into those bets and the accounts they came from.

A successful betting pattern on someone’s account is highly likely to end with the bookmaker restricting your account. This is to say that the amount you are able to stake per bet will be limited to just a few pounds. Some have even been known to close accounts altogether.

It might sound a bit harsh but the bookies are well within their right to do so. They are not obligated to accept bets from everyone, they can refuse people, and to be fair you are getting in on bets for results that have already happened.

We spoke very briefly earlier in the article about courtsiding but haven’t elaborated on it yet.

Courtsiding is when there is someone at the match who is reporting back to someone elsewhere who places bets for them. For example, they might be on the phone to someone who has a high-speed internet connection at home and can fire bets off really quickly, likely before the data has had time to be fed into the system.

Courtsiding is not illegal, but many do question the ethics of essentially betting on results that have already happened.

The BBC recently did a documentary about courtsiding and how it works, presented by Lloyd Griffith, who was formerly on Soccer AM. The documentary saw Griffith meet up with a courtsider who had been running his ‘business’ along with his business partner for a few years.

He went on to state that they made around £300,000 to £350,000 per year on this system. He would go to games with a bluetooth ear piece, cunningly concealed by his long hair so as not to raise suspicion. They state that whilst the money is good, the expenses are astronomical given the locations and the games that they target. A lot of their targets were actually smaller tennis matches, getting an edge from stating the result of a point before the umpire inserts it on his machine, but they also target lower league football as well.

Speed is key to make this work, but make it work they do. They do often have accounts closed though, so they use a plethora of different ones to make it more difficult for the bookmakers.

This is next-level to what the majority of local fans or punters are doing though, and whilst few have sympathy for the bookmakers in these cases, morally this is definitely pulling the line.