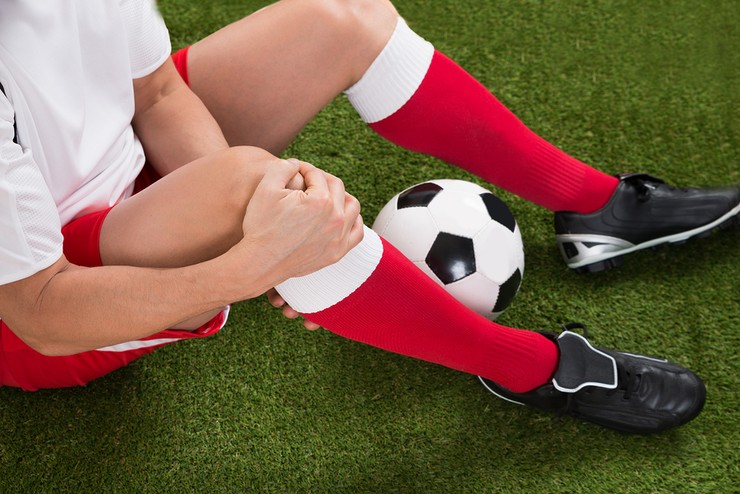 As a punter, we are constantly looking at ways to get an edge over the bookmaker. We’re looking for information that they might have overlooked and then we want to exploit that information to try and spot some value that the bookmaker has left on the table.

In reality, this is not all that easy to do. The bookmakers employ highly talented teams of analysts whose single job is to make sure that they know everything and anything about a football match. Even so, it’s pretty much impossible to spot everything in every game, which opens the door – if only slightly – for the punter.

The two factors are linked in that the player will be unavailable for a certain number of games, but they are actually very different in terms of how you apply them to betting and how it could impact the game. 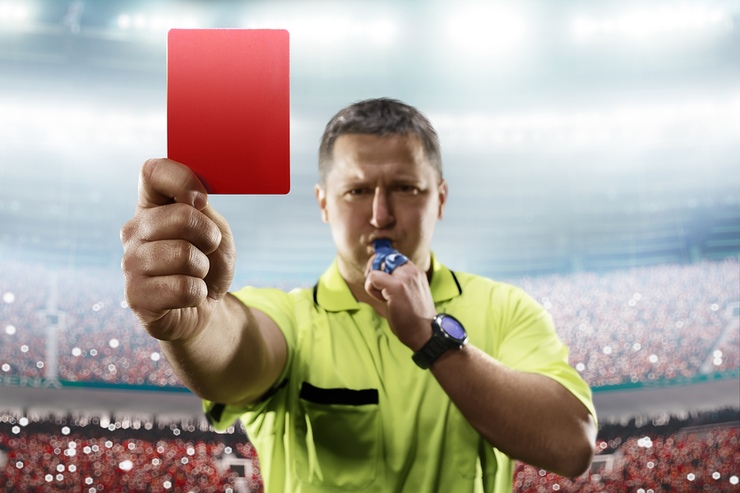 A suspension is where a player is not eligible to play in a certain match because they have either picked up too many yellow cards or they have picked up a red card. The length of the suspension can vary depending on the incident. For example, an accumulation of 5 yellow cards over the course of a season gets a 1 game ban. A straight red card in a match automatically comes with a 3 game ban. These can be appealed and sometimes either overturned or amended, but either way, the player is set to miss a certain number of games.

The next thing to note is the value that the suspended player brings to the team. Are they an integral part to that team or are they fairly easily replaced?

This is the first question that we really need to answer. A good example for this would be if someone like Tottenham’s Harry Kane was suspended for a match; it would be a huge blow as he is their star striker and arguably their best player. If Eric Dier gets suspended though, then there is likely going to be someone like Mohammed Sissoko who could slot in and do an equally good job with little negative impact on the team.

The next thing to note is the length of the suspension. This is a huge flaw with most bettors as they fail to take this into account, but again, it plays a big role.

If a star player gets suspended, then there will likely be a lot of media attention too. It’s big news, so in the next game for that team this is who the commentators and even the press are going to be talking about and trying to work out how this will affect the team. Bookmakers take note of this chatter and will adjust odds accordingly.

For the second gamed they are suspended the fanfare tends to die down a little. It’s older news so less emphasis is put on it. There will also be some sort of reaction from the bookmakers taking into account how the previous game went. If a team has won without their best player then the odds are likely not going to shift as much, but if they lose then they might drop even further for the next match.

Another point to mention which again, often gets overlooked, is that when players return from suspension they are able to hit the ground running with rested legs, and be back at top form from the off. In fact, many people can come back better after a bit of rest, which again could have a huge effect on their team’s performance.

This is something that we feel we need to mention as it’s starting to become more apparent in the modern game. As we know, players get suspensions when they have accumulated a certain number of bookings over a certain period of time, but this can and does mean they are sometimes suspended for very important games. To control this somewhat, you will find that players sometimes take on deliberate bookings to get banned in time for a less important game, and then reset their booking count before the big match.

A serial offender over the years has been that of Sergio Ramos at Real Madrid. He has the third highest number of red cards in football history and the highest number of yellow cards in the history of La Liga. He’s a perfect example.

What would happen is that Ramos would be on 4 yellow cards, so his next and fifth yellow would get him a ban. He might have a game coming up in the league, then another against a lower league club, and then a third game against Barcelona. In the first game he gets booked on purpose, which means he gets a 1 game suspension and misses the next match, the one against the lower league club. He is then guaranteed to be available for the Barcelona match and goes into it with no bookings to his name.

This is actually a really good ploy to search for when betting. You need to head to the “player to be booked” market, and if you can find players that might “take one for the team” as it’s commonly known, then these can turn into really profitable bets in these markets. 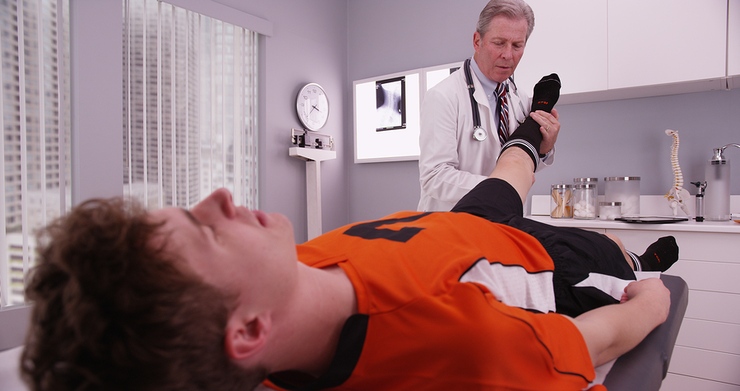 Injuries are a different kettle of fish altogether, and they pose their own issues. The problem with an injury is that no one knows for sure how long a player is going to take to recover. People can offer good estimates, but the reality is that until the team sheet is printed with the player’s name on it, few will know exactly when they are going to be playing again.

The different types of injuries also affect things, not only in terms of how long they stay on the side lines, but a bad injury can also mean that they aren’t the same player when they come back. A great example of this was Michael Owen, who played for Liverpool, Real Madrid, Manchester United, and Newcastle United throughout his career.

He shot to fame as a 16-year-old dynamo at Liverpool and was widely regarded as one of the best strikers in the Premier League at the time. Speed was one of his key attributes, but he suffered a string of hamstring injuries that plagued his career and never really recovered from them, so if he tried to work at the speed he used to he was likely to injure himself again. After he retired, he admitted that he never played a football match fully fit or without the fear of getting injured from his mid-twenties onwards.

The thing is, there will be countless people just like Owen who have gone through the same sort of experience. When they return, they have obviously been put through their paces in training and then passed fitness tests, but there is no substitute for match fitness.

When you tie all this into betting it’s easier to assume that a player returning to a team from injury will be short of fitness compared to someone returning from suspension. In can even take him several games and weeks after the injury has healed to get back into full flow, which means that he won’t be as effective as he was before getting injured.

The odds won’t always reflect this either. Even though their name is on the team sheet it’s likely that they aren’t fully fit, and many players get rushed back into the team too soon. This could be a great chance to oppose this team when betting or at least to diminish their chances somewhat given that we know a key player isn’t going to be on top form.

One way to get ahead of the bookies, especially with injuries, is by doing your own research. This can be through a number of different channels, but things like social media and dedicated injury sites have made this info a lot easier to track.

You want to be looking at things like the type of injury they have had, how long they have been out, and when they are/were expected back. Sometimes you find that players come back weeks or even months early, which should immediately start to sound alarm bells.

You can get lots of good information from sites like Twitter but try to only track reputable sources. A good one for this are local sports journalists who basically follow that team as a full time job. They often also report on injuries for players that maybe aren’t the stars of the team but can still have a big impact on how they might play.

Finally, try to use injuries to work out how a team might set up. For example, if a player gets injured, look to see who will come in to replace them and then how the team might change because of that. A change of personnel can often totally change a teams playing style, something that might not be picked up by the bookmakers. 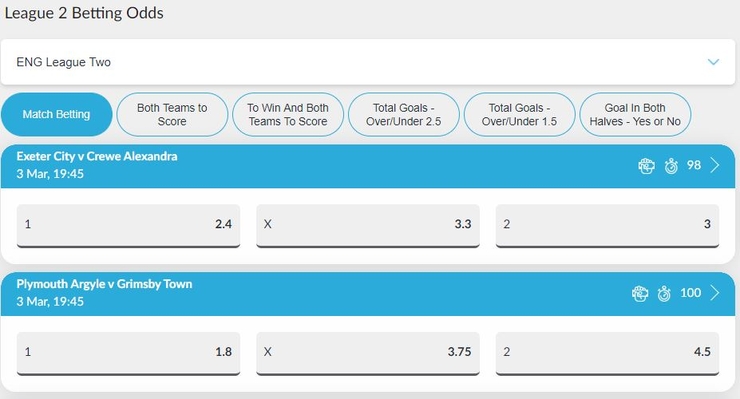 The Premier League is one of the most watched leagues in the world, so any info that is kicking about regarding players being injured or returning from injury will spread like wildfire. The Premiership gets so much attention you could likely find out what the player had to eat for breakfast.

The value, therefore, comes from the lower leagues. It doesn’t necessarily have to be English lower leagues either. In fact, if you are betting on a UK facing betting site but are an expert on second division Russian football and its players, then you are likely going to be able to get ahead of the curve in terms of player data.

Obviously you don’t have to be as niche as that, but the less others know, the easier your job as a bettor will be and the more chance you have of creating some value from the bookmakers as well.