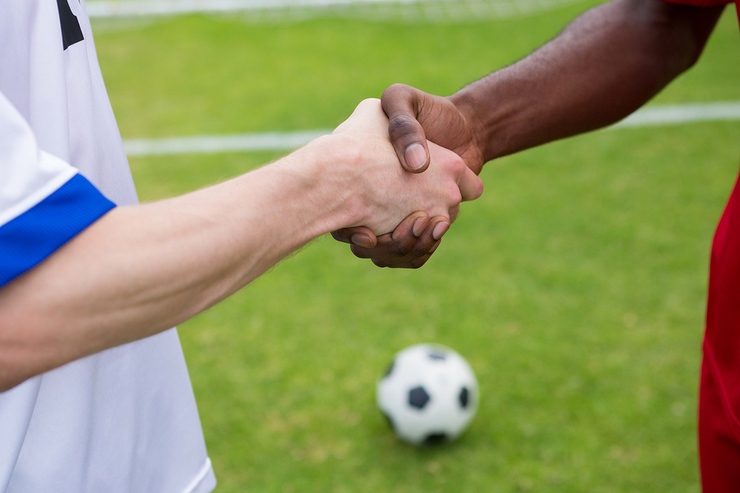 These days, bookmakers are absolutely flooded with betting markets. Most will have hundreds to choose from with the bigger games but even lower league matches get decent coverage, especially UK based leagues.

One of the markets or bets that seems to get overlooked quite a lot is that of the draw. It’s an odd one as the bet is usually reasonably priced, but people would rather sway matches that look like they could be a draw than bet on them.

You can understand their thinking. Given there is now so much choice, why make a risky bet such as the draw when you could move onto something a little easier to see a return on?

But the question then becomes: are punters missing value by not betting on this market? Let’s try and answer that and break down what you need to be looking for if you are betting on the draw.

How Often do Matches End in a Draw?

One of the reasons why picking the draw is a risk is because it happens less often than any other result in football. This is obviously going to vary from one league to another, but you will generally find that the draw occurs less than a home or away win most seasons. But not always.

The table above is taken from the 2018/19 Premier League season and from this you can see that just 19% of all games ended in a draw. This means that 72 games from the season were draws.

This can vary quite a bit though depending on the league you bet on. Dropping down just one division in England to the Championship shows that 29% of matches were draws in the same season.

This shows that more draws occurred than Away wins, so if you were betting blind purely using this data, then you should be picking more draws for your bets than away wins in the Championship – but we would guess that if we looked at your betting history this would not be the case.

Absolutely, yes! There are some teams that total offset these numbers and have way more draws than other teams in the league. You find that the they are usually around the mid-table section of any league and there are a number of reasons why this might be. 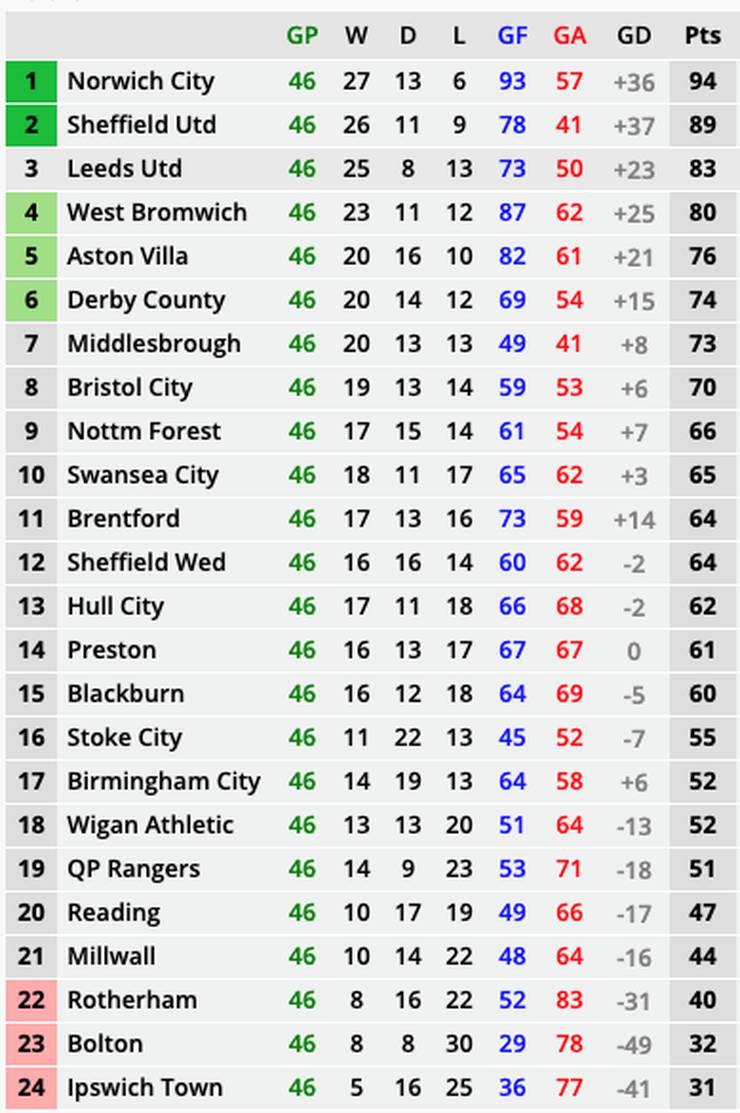 Sticking with the Championship 2018/19 season, have a look at the league table above. The most interesting stat in there is Stoke, who drew 22 of their 46 games. This means that they drew 47.6 % of their games, which is way above the league average of 29%.

The average number of draws per team was just over 13 for the league that year. You will notice that most teams in the top third were generally on or under this mark. These teams at the top are able to get more wins which is why they place higher in the league.

The rest of the league looks a bit scattered here, but you usually find that with most leagues the teams mid-table have above this mean number and then it falls away again as you get closer to the bottom with teams that lose a lot.

It’s these sorts of trends that you need to consider when betting on the draw. You can start with choosing leagues that have statistically high numbers of draws, but then you need to jump into each team to decide the likelihood of a draw.

Does the Draw Offer Good Value?

The price of the draw is not really taken into account by a lot of people as they don’t tend to back the draw anyway, so whether or not it offers any value is never considered. It’s almost like an extra price that is included for good measure, but people don’t really know how to react to it.

There are a few ways to work out what constitutes a good price for the draw. This will be based on each individual game of course, but we can get still get an idea as to the average price that you need to keep an eye out for and then go from there.

If we take the average number of games that ended in a draw in the 2018/19 Championship season, which was 29% if you remember, then we can work out the implied probability of the price that the bookmaker is offering.

Above you can see an upcoming game between Stoke City and QPR. Let’s run some numbers to find what sort of probability odds of 3.6 are giving us for this game.

Here we can see that Stoke are actually priced at 3.6 with a 27.8% implied probability for this game. From our data last season, we know that Stoke’s draw percentage was actually much higher at 47.6% for the season. Putting that into the odds, this should be a draw price of just 2.1.

This basically means that a price of 3.6 for Stoke to draw offers huge value based on the previous season’s stats.

Now, there are a lot of variables to consider in this equation, such as current form, team selection, and of course their opponent QPR, who interestingly only had a draw percentage of 19.5% which is way below the average, so things even themselves out in this case.

This is a great way of working out if the draw is able to offer any value or not. It’s a tough bet to call, for sure, but not impossible.

Using the Draw as Cover 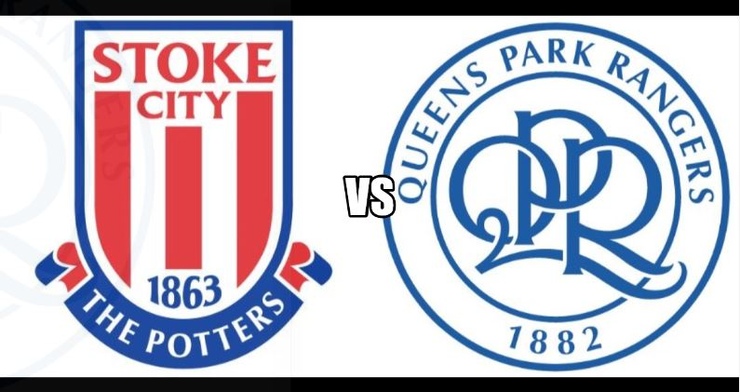 One of the most popular uses for the draw is to use it as cover for another bet. This could work in a number of different scenarios, and allows a lot of scope for bettors to negate their liability on certain markets.

Let’s take the Stoke game above as an example of how this might work.

You assume, given that Stoke are priced 1.8, that they are the team to bet on. They are the favourites for this game and you decide to place a hefty £100 bet on them. Your liability is as follows:

You know that QPR aren’t a terrible side by any means, but it’s unlikely that they are going to win. Based on your research, you decide to put a small wager on the only other plausible result which would be the draw at 3.6. You can’t afford to lose more than your £100 budget though, so you adjust slightly:

Let’s say that the game did finish as a draw. You’ve bet £100 in total and the draw bet has retuned £108, which makes you an £8 profit. If Stoke had won, then you would bag a £26 profit from your £100 total stake. Obviously, you can amend these amounts to offer different returns for each bet, but this is how a lot of professional bettors use the draw bet as cover.

A lot of betting ‘systems’ that are kicking around these days include the draw bet to help them even out. We’ve already published articles on betting systems and how they are all ultimately flawed, although some are better than others and it just so happens that one of the better ones relates to the draw bet.

We only want to highlight that fact rather than get into the nitty gritty of the system, but here’s the basics of how it works.

Before a game you are looking to lay the draw on a betting exchange. The idea is that when a goal is scored the odds of the draw decrease, and then you can back off the result to lock in a profit. You can adjust the liability for each result depending on the team that has scored the opening goal. The stop loss is that if after 60 minutes the game is still 0-0, you cut your losses from your overall liability.

Is it Worth Betting on the Draw?

To answer the original question that we asked at the start, we would have to say yes. But it’s not an easy bet to place and we can see why people look at other bets instead.

The counter to that would have to be the example above, the Stoke v QPR game. Stoke were averaging over 46% in draws and the bookie was giving odds of 3.6, implying a 27.8% chance of a draw, which is way lower than it should be. In this case, the draw is a very easy bet, even when you take the other factors into account as part of your research.

Whilst you don’t necessarily need to look out for draw bets, you shouldn’t shy away from games that you research and think could be a draw either. If the odds are right it may be worth a punt. If you don’t take advantage of these situations then you are leaving value on the table.