Be honest. Did anybody reading this believe that the UEFA Nations League was anything more than an overly complicated, meaningless competition introduced to make more TV money when it was first introduced?

The amount of cynicism within the UK around international football generally when the new competition was announced made it almost inevitable that fans would view it as little more than another obstruction to the domestic season.

That mood began to change in England thanks to the Three Lions’ run to the World Cup semi finals. Having seen Gareth Southgate’s team breathe new life into the national side, England fans were interested to see whether they could kick on in the new tournament. Things, strangely, got even better when England lost 2-1 to Spain in their first Nations League game as it showed that the players and the manager were indeed taking the tournament very seriously.

The group stage culminated for England with what many of those who had tickets to the match at Wembley believed was the best atmosphere created since the new national stadium was built (at least for an England game). Harry Kane’s late winner against Croatia took England through to the finals alongside the Netherlands, Switzerland and the hosts, Portugal.

Some might argue that the lack of big name teams shows that the Nations League wasn’t taken seriously. However, we are inclined to disagree. That those four teams have qualified shows the competitive nature of the Nations League, with the likes of France and Spain giving the competition their all but still coming up short. Ahead of the draw at the start of December we thought we would take a look at the strengths and weaknesses of the four semi finalists. 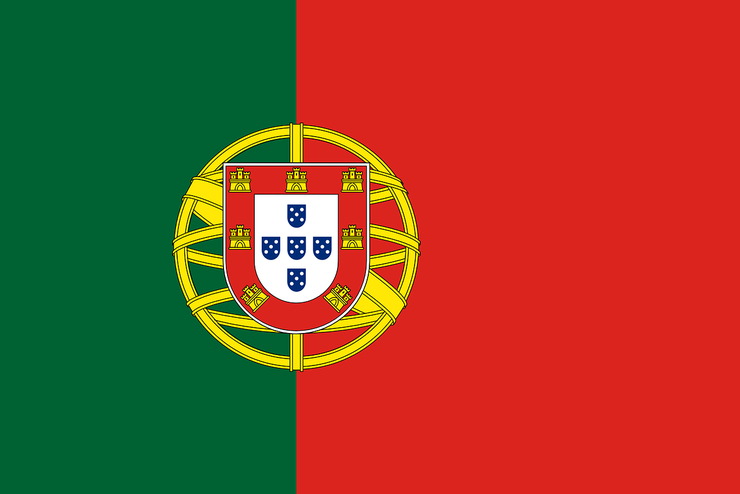 UEFA offered the chance to host the finals of the Nations League to many of the nations in League A. Several responded favourably and so it was decided that the first of those teams to qualify would win the right to be hosts. Therefore, Portugal will welcome the other three finalists subject to formal ratification.

We may be talking about the reigning European Champions but Portugal’s performances in the Nations League were something of a surprise. Events off the field meant that Portugal were without their talismanic captain, Cristiano Ronaldo, for all four of their matches. You just have to look at how Real Madrid have struggled without Ronaldo to see how tough it is to fill the boots of a player of his calibre so Portugal deserve great credit for finishing top of Group A3 ahead of Italy and Poland. They arguably had the easiest group of the finalists but even so, did very well to come out on top.

Portugal boss, Fernando Santos, has confirmed that Ronaldo has not retired and remains part of the squad. It’s tough to imagine that Ronaldo will turn down the chance to win more international silverware, especially on home soil, but Santos may believe that things would be easier without him. In Ronaldo’s absence, Santos has put his trust in a combination of proven players such as Pepe, Bernardo Silva and William Carvalho and some up and coming talent including Gonçalo Guedes, Ruben Neves and Burma.

Santos has made some changes to personnel but little has changed in terms of approach. Portugal are still built from the back and place a heavy emphasis on their defensive solidity. True, they were able to rely on their forward players during the entertaining 3-2 win away to Poland but that game was the exception rather than the rule.

Portugal’s style isn’t exactly agricultural but neither could it be described as pleasing on the eye. Their organisation will make it difficult for any of the other semi finalists to get the better of them but the old adage about a chain being only as strong as its weakest link holds true here. How much longer can Santos rely on Pepe and Jose Fonte in the heart of defence? What about inexperienced defenders like Ruben Dias and Mario Rui who have made their way into the first team?

Everybody learned not to write off Portugal when they won Euro 2016 but after somehow scraping a 0-0 draw against Italy to win the group people are understandably asking questions about when their luck will run out. Portugal are the second favourites to win the Nations League behind England. Home advantage gives them something extra but at a general price of 9/4 it’s questionable as to whether they represent value in the betting. 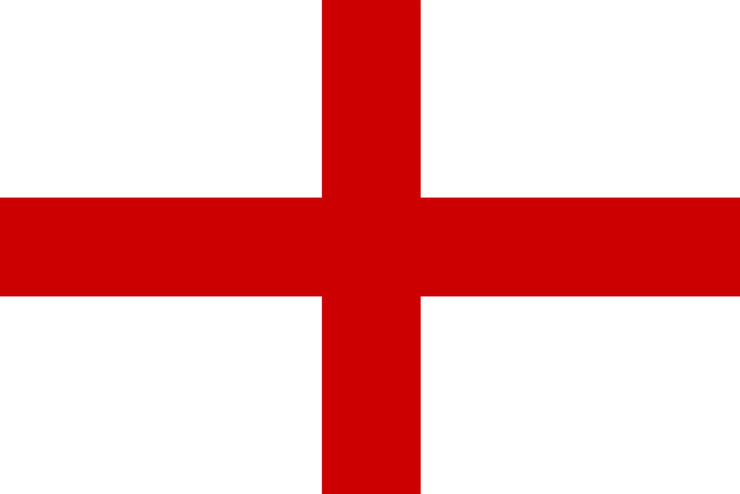 It was only one game but the fact that England finally managed to beat Croatia at the third time of asking had some pundits eulogising about the improvements that England have made after one of their best ever World Cup campaigns. That was exactly Gareth Southgate’s aim after taking time to digest what happened in Russia. Whilst he was obviously happy with what his team achieved in the summer, the England manager was quick to say that far from being the destination, reaching the World Cup semi finals only represented the very start of the journey.

You can see the way that England have evolved throughout the Nations League in the teams that Southgate has picked. Ben Chilwell, Joe Gomez and Ross Barkley have become integral members of the team and Southgate turned to youth, not experience, when making the substitutions to try and change the game against Croatia. Younger players can often come on a long way in a short period of time so Southgate will hope that the likes of Jadon Sancho, Marcus Rashford and Harry Winks will get enough playing opportunities to be even better come the summer and the Nations League finals.

Southgate has several other young and internationally inexperienced players who are pushing for a place in the England squad so you can expect to see him popping up on your TV a lot as he takes in as much football as possible in the coming months. We may also see some tactical experimentation from England in their friendlies before they make the trip to Portugal. Southgate showed that he is a deep thinker by switching to a flat back four during the group stage of the competition and making subtle changes to his midfield subject to the game and even to the situation in individual matches.

With a manager who is hitting his stride and a young group of players who have their best days ahead of them it is little surprise that England are the favourites to win the Nations League. You’d have to say that none of the other three nations are particularly scary propositions so the Nations League could be the perfect chance for England to claim a piece of silverware and give everybody belief that they could go all the way in Euro 2020. 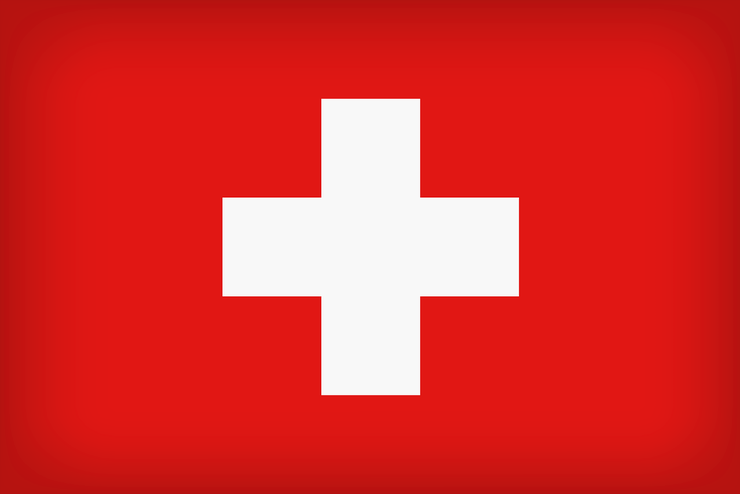 When you look at the four teams who won their Nations League groups in League A, Switzerland stand out as the least likely. The bookies even stopped taking bets on them qualifying during their final match against Belgium. The Belgians needed just to avoid losing by a two-goal margin to ensure safe passage to the finals in Portugal and promptly took an early two goal lead. However, rather than making them fold, the Swiss players were almost relaxed by their seemingly hopeless situation.

What followed was a remarkable display of attacking football from Switzerland and an even more remarkable capitulation from Belgium. The Swiss ended up winning the game 5-2 to win Group A2 against all odds. And we do mean all odds. The bookies have Switzerland as the underdogs to win the Nations League at a biggest price of 5/1 with bet365 but there are reasons to suggest that price is far too generous.

Switzerland won all but one of their 10 qualifying matches for the 2018 World Cup. Were it not for a loss in their final match against Portugal, they would have qualified automatically but the Swiss showed their battling spirit to come through a playoff against Northern Ireland (even if they profited from a poor refereeing decision). That form was largely written off when they turned up in Russia but Switzerland qualified from a group that contained Brazil, Serbia and Costa Rica and, what’s more, did so without losing.

England fans saw first hand just how good Switzerland are on the ball during their friendly in September. The Three Lions managed to secure the win in the end but Switzerland were very unfortunate not to have gone in with the lead at half time. Vladimir Petkovic’s men are better than the sum of their parts and a stronger side than many people may think. This unlikely Nations League quartet looks like a set of nations who can all beat one another so Switzerland should not be written off by any means.

The Netherlands (Group A1) 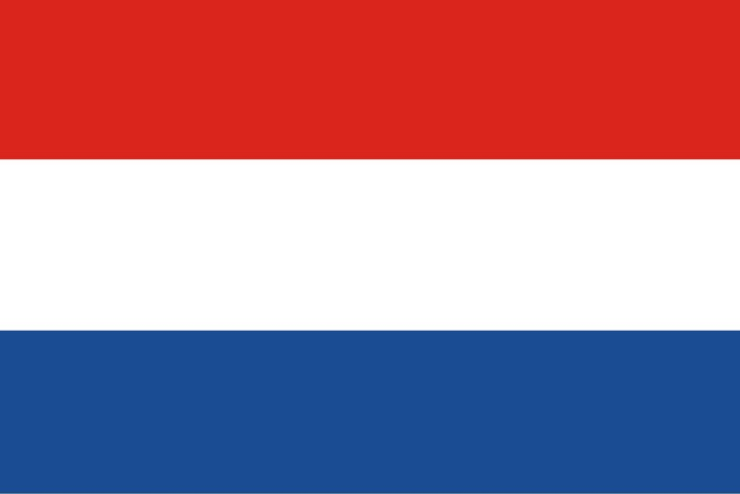 The Netherlands were the last team to book their place in the semi finals. Like Switzerland, the Dutch’s hopes of winning their group looked to have been ended during their final match. Ronaldo Koeman’s men were 2-0 down against Germany with just five minutes of normal time to go but they showed all of the belief that their recent revival has produced by scoring twice to secure a 2-2 draw and the point that they needed to qualify.

Any side that finishes on top of a group containing the last two World Cup winners is fully deserving of their place in the final four. Given that the Netherlands failed to even qualify for the last two major international tournaments and various pundits had written about a long term decline in the fortunes of Dutch football, Ronald Koeman and his players deserve extra credit.

The Netherlands showed that the Nations League can be a very important tournament for teams who embrace it. Koeman has already won back the fans who were concerned about his appointment and a combination of young players and experienced stars with something to prove have shown that the future is finally looking bright for the Dutch national side.

Koeman is known for the discipline that he’s tried to instil wherever he’s been a manager. That is certainly in evidence with the Netherlands but they’re also more than capable of scoring multiple goals in a match. They have leaders on the pitch in the likes of Virgil van Dijk and Georginio Wijnaldum and some attackers playing the football of their lives such as Memphis Depay and the resurgent Ryan Babel. You can get 3/1 on the Netherlands winning the Nations League with Ladbrokes which we feel will certainly be big enough odds to tempt a large number of punters.