There were many important results in the Premier League last weekend impacting things at both ends of the table. It was Manchester City’s 6-0 hammering of Chelsea that took most of the headlines though.

Before the match much of the coverage revolved around the mutual respect between Maurizio Sarri and Pep Guardiola. Sarri has come in for some criticism in recent weeks and was quick to remind members of the press and, by extension, Chelsea fans that Guardiola’s first season in English football didn’t exactly go to plan.

The inference was clear: Sarri believes he needs time at Chelsea before his style of football really begins to bear fruit. The Italian said something similar shortly after being given the job at Stamford Bridge but the nature of his appointment should have told him a lot about his chances of being given time.

Sarri was not afforded a full pre-season because the Chelsea board were still negotiating how best to end Antonio Conte’s contract. Conte eventually became the latest manager to fall foul of the revolving door policy and instant gratification culture at Stamford Bridge. The same fate may be about to befall his replacement.

Many high profile managers have failed to live up to the billing given the unforgiving nature of the Premier League. Starting with Sarri, we’ve had a look through some of the biggest managerial flops in Premier League history.

Sarri-Ball But Not as We Know It

Maurizio Sarri arrived in the Premier League with a massive billing. He created perhaps the most entertaining and exciting team in Europe whilst at Napoli and Chelsea fans were ready to buy into Sarri-ball.

The most common criticism that you will hear of Sarri is that he is too wedded to his style of play. It was a common refrain amongst critics of Pep Guardiola during his first season at Man City. Guardiola repeatedly said that he would not be changing his footballing philosophy for the specific demands of the Premier League and although that might be true on a macro level, he has no problem making tactical alterations to counter specific threats from the opposition whilst remaining true to his beliefs.

It is a myth that Sarri doesn’t make tactical alterations based on Chelsea’s opposition but there is something in the criticism that he has become too predictable. Jamie Redknapp predicted Sarri’s first substitute at the Etihad so you can be sure that other managers will be confident about predicting how Chelsea will set up.

That much is true given the number of teams who have worked out that shutting down Jorginho makes life much more difficult for Chelsea. The Italy international is not the only Chelsea player who has found life tough this season. Ross Barkley and Mateo Kovacic are not playing well enough nor are any of the options that Sarri has tried at full back.

Sarri bears the ultimate responsibility for the way things have panned out at Chelsea but it is impossible to avoid the analysis that too many of the players at his disposal just aren’t up to the task. Add the lack of control he has over transfer policy and you really do have a recipe for the disaster that is playing out in front of us.

No Goals, No Hope for Frank De Boer

Player power is an issue that has affected many Premier League managers over the years. Some believe that Sarri’s problems have been made worse by his public criticism of certain players which was an issue that Frank De Boer had to deal with during his ill-fated spell as Crystal Palace manager.

To his credit, De Boer did at least wait until he was sacked by Palace before blaming the players for a lack of effort to adapt to his methods. Then again, he didn’t exactly have long to wait.

The former Dutch international defender had a glittering playing career in which he won five Eredivisie titles and the Champions League with Ajax before going on to play for Barcelona. Things also started well for De Boer when he went into management. He guided Ajax to four Eredivisie titles and was given much credit for the role he played as the Netherlands’ assistant manager when they made it to the final of the World Cup in 2010.

Things began to go south for De Boer when he took over at Inter Milan. He lasted just 14 matches at San Siro but the Crystal Palace board were willing to forgive him that as they sought to bring an attractive style of football to Selhurst Park. How much of the blame falls at De Boer’s door and how much falls at that of the board for not signing the sort of players that the Dutchman needed is up for debate. Nobody, however, argues that the club made the right decision to get rid of De Boer after Crystal Palace became the first team in 93 years to start an English top flight season with no points and no goals from their opening four matches.

If Sarri does leave Chelsea in the coming months yet another manager will need to come in and try to have their input on the squad. That was almost the exact opposite approach taken by Avram Grant when he replaced Jose Mourinho in September 2007.

Grant, very wisely, came to the conclusion that whilst Mourinho’s team and tactics were still good enough to enjoy success despite his falling out with the club’s hierarchy. Mourinho had also been given vast amounts of money to spend and had added several big characters capable of motivating the team alongside the likes of Frank Lampard and John Terry. He’d also created a strong coaching setup that included Steve Clarke who remained heavily involved with the coaching during Grant’s tenure.

Grant’s genius at Chelsea was to allow those big characters to effectively manage the team and it worked a treat. He guided the team to the finals of both the Champions League and League Cup so left with a lot more goodwill then he was shown when he was appointed.

All Chelsea fans who watched the Blues during that time will tell you that Grant added next to nothing. Some Chelsea players went as far as to claim his methods were a quarter of a century out of date but that didn’t stop Portsmouth from appointing the Israeli in 2009. Grant was already at Fratton Park as the director of football and he although managed to guide Portsmouth to the FA Cup final, the club were relegated.

Another relegation was just around the corner for Grant. After reportedly wowing the club’s owners in his interview, Grant was given a four year contract at West Ham but it quickly became clear that he wouldn’t see his contract out.

West Ham were shocking under Grant’s management and were it not for a botched attempt to woo Martin O’Neill he would have been sacked halfway through the season. As it was, Grant remained in post for the entire season but was sacked immediately after West Ham’s relegation to the Championship was confirmed as they threw away a two goal lead to lose to Wigan on the last day of the campaign.

No Ticket to Christain Gross’s Dreams 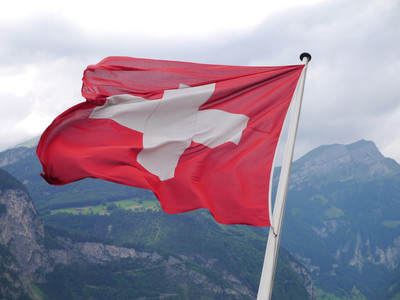 When a new manager is appointed to a Premier League club these days the news is accompanied with a slick video and social media blitz. That wasn’t the case back in 1997 when Christian Gross was appointed the new manager of Tottenham Hotspur.

Gross, who had caught the eye of the Tottenham hierarchy for the stellar job he was doing in charge of Grasshoppers in his native Switzerland, wasn’t even greeted by a club official upon landing at Heathrow. He showed an adaptability to cope with adversity that was sadly lacking during his time in north London by making his own way to his first press conference on public transport, memorably brandishing his travel card with the exclamation, “I want this to be the ticket to my dreams.”

What followed was little more than a nightmare for Gross and the Tottenham fans. Early results included a loss to Crystal Palace, a 6-1 home London derby defeat to Chelsea and a 4-0 loss at Coventry. Gross’s inability to inspire his players or show the tactical flexibility demanded of him left relegation a distinct possibility with just a handful of games remaining.

Tottenham fans have Jurgen Klinsmann to thank for avoiding relegation. He found his goalscoring boots towards the end of what was his final season as a player to save Tottenham who, rather inexplicably, kept faith with Gross. That faith was finally tested one too many times the following season when Gross was put out of his misery and sacked after just 284 days in charge.

David Moyes – The Chosen One Becomes the Wrong One

The list of managers to take over a Premier League club just after they win the title is a very short one. That is exactly the position that David Moyes found himself in when the “Chosen One” took control of Manchester United following Sir Alex Ferguson’s retirement.

The Man United board had already had to abort succession plans once when Ferguson went back on an earlier decision to retire in 2002 so you can only imagine that a huge amount of due diligence was done on Moyes before handing him a massive six year contract. The fans were largely positive about the move thanks to Moyes’ hugely impressive spell as Everton manager and that Ferguson himself had picked his fellow Scot out as the man to succeed him. It didn’t take long for the mood to change considerably at Old Trafford.

Moyes oversaw Man United’s worst ever start to a Premier League season and his business in the transfer window, including the signing of Marouane Fellaini, did not set pulses racing amongst the United fans. He had a better time of it in the Champions League but failed in both domestic cups as fans became concerned about both his style of play and apparent lack of ambition.

Having invested such a lot of money in Moyes’ contract and clout in Ferguson’s opinion the Man United board were loathe to sack him in his first season in charge. Their patience finally ran out in April though as Moyes was shown the door with a golden handshake of £5 million. Moyes went on to be relegated with Sunderland before rescuing West Ham from the drop but the reputational damage done during his time at Old Trafford will take some time to heal.