Penalty shootouts have been used to decide the outcome of football matches for decades all over the world. Other systems have been used in the past but the ‘best out of five’ 12 yard spot kick has long prevailed. Now such an engrained part of the sport, fans tend not to consider other ways of how a tied football match may be settled. Given enough public support for an alternative, it’s not impossible to think that football could head towards a different direction. Here we take a look at some of the options that could potentially replace the penalty shootout while weighing up their pros and cons.

Trialed in the MLS for four seasons, this option sees a different take on the penalty shootout. Instead of firing in a shot from 12 yards, players begin 35 yards out and can take as many touches as they like within the five second time limit. Goalkeepers have far more freedom too, not chained to their line as in a traditional shootout. Normal rules of the game still apply so keepers are not allowed to handle outside the box and they will be penalised for any foul they commit during the five seconds.

Supporters of this option see a greater variation of goals scored as well as a greater skill set required. Not only does it require the attacking player to dribble but they also have to consider when exactly they are to pull the trigger. For goalkeepers, they have the option of trying to smother the striker or simply closing down the angle rather than simply picking one direction and hoping for the best. It can however be seen as unfair system for more defensive sides who lack players comfortable in a one on one situation. Even the least technical players can kick a ball from 12 yards but a 35 yard shootout requires far more guile.

Although the MLS dropped this type of shootout in 1999, it’s not something that has no chance of making a re-appearance. Reports have suggested it could feature in the 2026 World Cup although this seems unlikely. Marco van Basten has previously announced his support for the method but suggested starting a little closer and giving the attacker more time to shoot. The Dutch legend did also advocate scrapping the offside rule though so his opinion is not one that holds too much weight when it comes to footballing reform.

This alternative hasn’t picked up much traction but it’s an interesting idea worthy of consideration. Attacker Defender Goalkeeper (ADG) a different take on the 35 yard shootout mainly due to the inclusion of a defender who, along with the goalkeeper, will attempt to stop the attacker from scoring. Its creator says it’s a much better way at showcasing the game, as it would involve attacking players to produce moments of quality to get past their defender and slide the ball past the keeper. It also gives defenders the opportunity to shine too, something that many do not get the chance to do during penalty shootouts.

The proposed idea will see each team divided into five attacking players and five defending players in a best of five contest. In turn, each attacking player will begin on the halfway line and has 30 seconds in which to score. If the time passes, the keeper gains control of the ball or the ball goes out of play (including behind the half-way line) the attacking side will not gain a point. If an attacker is brought down illegally by a goalkeeper or defender, a standard penalty will be awarded. Depending on the severity of the foul, the defending player may also be sent off for the remainder of the ADG.

Overall, AGD has plenty going for it. It requires far more attributes than a penalty shootout and there is a tactical element for managers who need to decide which defender will face which attacker. One other benefit is that it uses the entire squad so therefore, it can be seen as a fairer test of a team’s overall ability. There are two major concerns with this system though. First of all, some midfielders do not fit into the category of attacker or defender and will be no good at performing either role. Secondly, the focus on athleticism is far too great. Less mobile strikers will have little chance of progressing 30 yards with the ball before being tackled.

The Golden Goal rule was used to decide four World Cup games between 1998 and 2002 as well as the winner of the both Euro 1996 and Euro 2000. Having already been implemented at such big tournaments, it’s clear that the idea has some support. The way it works it very simple. If two teams cannot be separated after ninety minutes, they enter a period of extra time (2 x 15 minutes) in which the first team to score wins the game. There is variation of the rule, known as Silver Goal, in which the team leading at the first half of extra time would be declared the winner.

One of the troubles with the Golden Goal is that doesn’t actually replace a penalty shootout, it only means that sometimes the match doesn’t go that far. Whenever teams failed to score in the 30 minutes of extra time, a shootout would determine their fate. It quite often went as far as a shootout too because teams were so terrified of taking any chances during the Golden Goal period. They had too much to lose by pushing men forward and in many cases teams preferred their chances of winning the lottery from 12 yards. 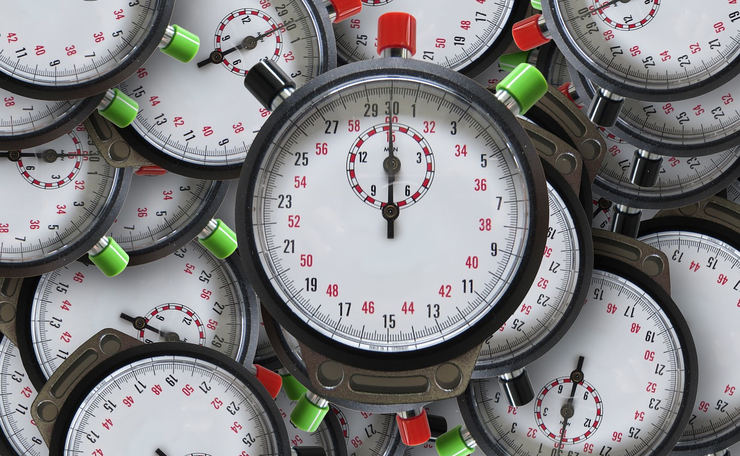 In order to solve the above problem of defensive football, Golden Goal could be left to run on until someone did eventually score. Teams could not sit back and wait for penalty shootout if the option was no longer there. Attacking would be the only way of winning the game in this scenario and it would lead both sides to be far more pro-active. In many ways, it seems like the perfect solution. What better way to decide a game of football than being forced to play football? While sound in theory, in reality there would be too many drawbacks.

If all matches saw a goal scored within 40 minutes or so of extra time, this idea would work wonderfully but of course this would not always happen. You’ve all seen the games where neither side looks capable of scoring and these types of matches could easily run well past the length of a normal game before a winner is found. This would be a nightmare for TV scheduling and it would also leave players absolutely shattered heading into their next match. While additional substitutes could help mitigate some of the tiredness, the risk of injury would remain too high for this idea ever to be viable.

At the start of extra time, both sides will begin with 11 men as normal (or 10 if there has been a sending off) but every 5 minutes a player would be removed. The decreasing numbers of players on the pitch means an increase of space, making goals easier to score. This would avoid the problem of extra time potentially going on for 200 minutes like in the unlimited extra time method while still settling the match by actually playing football. A minimum number of players could be imposed, for example six, or they could be whittled all the way down until it is just two versus two.

It certainly would make for an interesting spectacle but it hardly seems a particularly fair system. The team that had the fastest players would take no time in making use of the extra space, turning the game into more of a sprinting contest than a true test of footballing ability. There’s also the issue that the players who stay on the pitch until the very end will be exhausted having had to cover such a huge amount of ground for some time. Decreasing numbers would work better if the pitch reduced in size incrementally but obviously this is not a practical solution.

We’ve seen it all before, the plucky underdogs holding out for 120 minutes in the hope of winning the game on the lottery of the shootout. For some, playing for penalties allows clubs to pull off fairy-tale results that otherwise wouldn’t be possible while others hate the negative football it encourages. With the stat counting system, teams could not afford to camp in their own half in an effort to play out a draw. There’s no set rule on how this system could work but it could tot up the number of shots/corners/possession in order to determine a winner. This, in theory, would see the more deserving team handed the win as they were the better performing side during the 90 or 120 minutes.

Ultimately, this idea falls short for several reasons, firstly from a spectator’s point of view. Football is a form of entertainment and ending matches in such lifeless fashion would not go down well with many watching the match. Secondly, it would make every refereeing decision, even for things as generally insignificant as a corner, the point of intense scrutiny. It could also encourage clubs just to take non-stop speculative efforts in an attack to pad out their stats. Perhaps the biggest flaw however is that stats are often not the best way of determining a worthy winner. Number of shots says nothing about the quality of the chances and possession is meaningless if the ball is being slowly prodded around the backline.

Use of a Jury

If stats cannot reliable determine who was the better team during a match then why not give the decision to a jury of ex-professionals. Much like in boxing, a panel of judges would give their verdict on who was the better performer based on a set criteria. While more likely to see the ‘best’ side ended up as the victor, this idea would no doubt be plagued with controversy if ever implemented. Football is more subjective than something like boxing and in many matches, there will be so little to separate the two teams. There’s also the popular notion that teams should be in full control of their own fate.

Will Penalties Ever Be Replaced?

Laurent Blanc once said “penalties are awful, unfair, but what else is there?” And it’s hard to disagree with the sentiment. Kicking the ball from 12 yards is not a great way to determine the outcome of a game that requires a much larger skillset but it remains the best of an unsatisfying bunch. Many of the alternatives discussed above have their merits but ultimately their flaws mean they offer no gigantic improvement on the current system. For now penalty shootouts should remain as the tie-breaker of choice but football fans should stay open to change should a promising new idea emerge.