Mo Salah has been nothing short of sensational since returning to English football. The Egyptian winger showed glimpses of brilliance during his time with Chelsea but there was nothing to suggest that he would one day be crowned the Premier League’s top goalscorer. That’s exactly what he did last season thanks to an incredible 32 goals which made him an instant hero amongst Liverpool fans.

The former Chelsea and Roma man has also been on fire in the 2018-19 season as well. At the time of writing he had 16 goals and eight assists from 23 league games and is challenging for the Premier League Golden Boot once again. It’s fair to say that Salah isn’t held in quite such high regard outside of Anfield though. Although every fair minded football fan can appreciate just what an excellent player he is, there is a side to Salah’s game which has been seen him come in for a large amount of criticism – his reputation as a diver.

Liverpool fans understandably bristle at suggestions that Salah is worse than a host of other players who have been known to hit the deck after just the slightest hint of contact from an opposition player. Simulation is much more nuanced than that sort of partisan approach so we thought we’d examine the issue through four players, including Salah, who have been criticised for diving over the past couple of seasons.

Alli’s Competitive Streak Getting the Better of Him

Comprising definitive stats on who is the worst diver in the Premier League is anything but straightforward. It’s not as simple as looking at which player has picked up the most yellow cards for diving as it is not a black and white issue and some players have been wrongly booked whilst others have certainly got away with things.

Some players get away with dives and win fouls (or actually get other players booked or sent off) whilst some referees will choose to book player as others prefer to have a quiet word in their ear. Moreover, many diving incidents divide expert opinion regarding whether enough contact was made to send a player crashing to the floor.

That is not to say that it is worthless looking at the number of yellow cards a player has received for diving though and this is not good news for Tottenham and England’s Dele Alli.

At the age of just 22, Alli has become a mainstay of both the Spurs and Three Lions first teams thanks to both his technical ability, eye for goal and his incredible competitive spirit. That spirit does see him bend the rules at times though including being overly physical and taking the occasional dive. In fact, Alli has received more yellow cards for diving than any other Premier League player since making his debut.

Alli even came in for criticism from his own manager, Mauricio Pochettino, following a booking against Liverpool last season. He has been widely criticised by many others even when the referee has decided against issuing a yellow card which has, at times, worked against him as decisions have gone the other way.

It’s easy to forget that Alli is still a young man and even that he is still learning the ropes as a professional footballer. Moreover, Tottenham fans would not want him to curb his instincts to do everything possible to win even if the referees appear to have marked him out as one to watch. Crossing the line when it is to the detriment of your fellow pros is never a good look and Alli is sure to improve in that regard as he matures but all sorts of players have fallen to the temptation to take a dive.

Temptation to Dive Affects Every Player

Alli is the sort of player who always plays close to the line so he is always going to attract a certain amount of criticism from opposition fans. In contrast, Harry Kane is the golden boy of English football thanks to his goals for the national team. He is also perceived to be an honest, fair player, but he too has been found out for diving.

Like Alli, Kane is an incredibly committed and hardworking footballer. It would otherwise be impossible for him to have made it to the top of the game and in many ways players are trained to do whatever is necessary to succeed. When that’s ingrained in you it only makes sense that players will overstep the mark at times but some will question why players like Kane will dive in the heat of the moment, yet won’t risk the safety of their fellow professionals with a reckless tackle.

It’s clear that the temptation to dive is something that affects many, if not all, players. When the rewards for getting away with it range from being awarded a penalty to getting an opposition player sent off and the costs are normally just reputational, it may be that players just think it’s worth the risk. Who cares what fans and the media think of you, or even your fellow pros, if you have a stacked trophy cabinet, a sack of England caps and more money than a small country?

There seems to be unanimity amongst football pundits that diving is an ill which needs to be driven out of the game. The debate is rather more nuanced whenever a player is fouled in the box but is not given the decision by the referee because they try to stay on their feet.

That was almost exactly the scenario that faced Mo Salah in a recent match against Bournemouth. He had his heel deliberately and cynically kicked by Steve Cook. Despite being in pain, Salah refused to fall to the ground and instead carried on to score. He won praise for his honesty that day but the most telling thing about that incident was that it’s the sort of thing Salah has to deal with all the time.

Salah is one of the quickest players in the Premier League. He’s also an excellent dribbler, has a low centre of gravity and can shift direction extremely quickly. That is a nightmare combination for defenders who regularly find that the only way to stop Salah is by bringing him down. Moreover, defenders who try their best not to foul Salah end up catching him due to sheer clumsiness. In addition, when a player is moving at great pace, what may look only a very slight contact can be enough to send them off balance, or at least affect their chances of scoring.

As long as he is playing football, Salah will continue to be brought down in the box but that does not absolve him on the occasions where he tries to make the most of minimal contact or outright dives to try to con the referee. Those occasions have been too commonplace during Salah’s time in English football and he, too, may now find that winning penalties gets tougher as referees start to question his motives when he goes down in and around the box.

Zaha Shows Diving is Not a One Way Street

Much like Salah, Wilfried Zaha’s style of play and pace means he is going to be fouled more than most. The Crystal Palace forward is also his team’s most important player which means he is picked out specifically by opposition managers as requiring special attention. As such, it’s little surprise that he has come out and publicly said that he needs more protection from referees.

That suggestion did not go down well with ex-pros or fans, many of whom think that Zaha tries to bend the rules for his own purposes by exaggerating contact and trying to win penalties and free kicks even when he’s not been touched, or only impeded very, very slightly.

The sight of Wilfried Zaha sitting on the floor in disbelief that a decision has failed to go his way is certainly one that Premier League fans have become used to. He has also been booked for diving by referees who are sure that they are not going to have the wool pulled over their eyes by a man with a reputation for simulation.

Zaha has certainly made mistakes with regards to diving but his treatment from opposition fans and even sometimes by referees is decidedly unfair. He was criticised for diving against Arsenal this season even when Granit Xhaka admitted that he had fouled Zaha and that the awarding of a penalty was the correct decision.

We’ve already mentioned that ranking the worst diving offenders borders on the impossible. Zaha is a great example of this. He is neither a saint nor a sinner which is almost always the case with this complex issue.

Are the Refs to Blame? 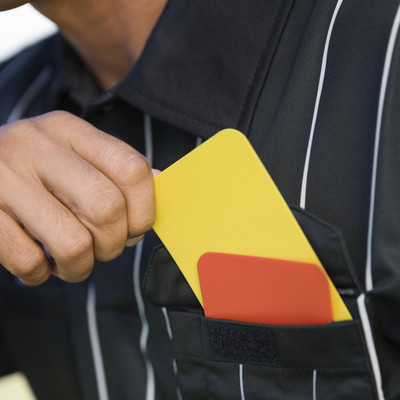 When a foul is a foul, and when it is legal physical contact in a game that is, after all, a contact sport, is difficult to gauge. Many pundits and fans argue that if there is contact it is a foul, whilst other experts question whether the contact was sufficient to merit a foul or cause the player to go to ground.

Players are far more likely to be awarded a free kick if they hit the deck rather than stay on their feet. Referees seem reluctant to award free kicks, let alone penalties, if a player stays on their feet but has clearly had their progress or momentum checked. Is it this issue that forces players to “dive”?

If the men in black were happy to book players and give free kicks despite the attacker trying to play on, it seems hard to think we would not see a decrease in players taking theatrical tumbles. Of course, this does sometimes happen, often after the referee has tried to play an advantage, but we feel it occurs too infrequently to act as a deterrent against diving and an incentive to fairer play.

If there is contact but it does not in any way alter the attacking player’s chances of scoring or beating his man, this should not be a free kick. However, even a minor contact that makes a player stumble should result in the whistle being blown, even if they are able to stay upright.

Ultimately diving will always be a grey area and these are tough decisions to make for refs, whether the player goes to ground or not. Retroactive punishments are certainly a step in the right direction but we would like to see these enforced more frequently and be more severe. No fan likes diving and whilst post-match, video-assisted decisions will never be a perfect solution, like VAR, they seem certain to improve the overall accuracy of decision making.