Arsene Wenger was lauded for a number of reasons during his long spell in charge of Arsenal, admittedly more at the beginning of that spell than at the bitter end! His nurturing of young talent was high on his list of achievements though and that can’t be taken away, even if the way he went about it wasn’t to everybody’s taste.

He took the chance to use the League Cup as a place for future stars to flourish to extremes. Rather than introducing a few players into the matchday squad, Wenger made wholesale changes and was often criticised for treating the cup with disdain for ‘playing the kids’.

Wenger may have also been missing a trick. In the last 15-20 years managers of other clubs have viewed winning the League Cup as an important step on the path to winning more prestigious competitions. As always in football that path is far from straightforward so what exactly is the state of the League Cup in the modern game?

A Repeat of Last Season?

Maurizio Sarri was already feeling fairly fed up with how things are going for him at Chelsea before the League Cup final. The Italian saw his authority called into question with the saga around the aborted substitution of Kepa Arrizabalaga when what he really wanted was the big boost that a cup win brings. Things were nowhere near as bad for Pep Guardiola this time last year but it’s easy to forget that he had not won anything at Man City before the 2018 final.

Guardiola made it very clear with the nature of his celebrations following last season’s win over Arsenal that the victory was all about his players and coaching staff and not about him. Whatever he was saying in public, Guardiola must have known deep down that the cup win validated his methods.

Of course, everybody knew that Man City were a world class side before they beat Arsenal but there’s nothing like silverware to make players, fans and pundits sit up and take notice. Guardiola did what other managers before him had done and utilised the League Cup as a way of showing to everybody that his team were the ones that everybody else has to beat. It also helps inculcate a winning mentality and habit.

From the minute that Vincent Kompany got his hands on the League Cup there was an inevitability to Man City’s Premier League title win. Success breeds success as they say and this season’s League Cup triumph for Man City had that same sense of inevitability, even if they had to rely on a penalty shootout to finally see of the challenge of Chelsea.

Even though Liverpool’s point at Old Trafford saw them return to the Premier League summit on the same day as the League Cup final, it felt as though Man City’s grip on the league title was strengthened by their win at Wembley. It would be a shock in the betting and to most people’s expectations if Guardiola’s men do not now kick on and add the Premier League to their League Cup victory.

No Guarantee of Further Success

Many people credit Jose Mourinho with the increased seriousness with which the big clubs are now treating the League Cup. At a time when many managers put it very much towards the bottom of their list of priorities, Mourinho targeted the League Cup during his first spell as Chelsea manager.

Chelsea were able to build on their early League Cup success with Chelsea and Mourinho was at it again both upon his return to Stamford Bridge and during his time as Manchester United manager. In fact, he made a very big deal of the fact that he got his hands on multiple trophies during that first season at Old Trafford, valuing the League Cup just as highly as anything else in his count of silverware.

In much the same way that Guardiola’s methods were validated by the win over Arsenal, Mourinho was able to use Man Utd’s win over Southampton in the 2017 League Cup final to prove to his players that his methods could secure trophies even if they weren’t universally popular.

United went on to win the Europa League in the same season which many fans hoped would be the start of a long and successful era for Mourinho at Man United. We now know those hopes were never realised for any number of reasons. Some would argue that it was actually those successes in the League Cup and Europa League which did the damage.

Mourinho getting the validation he was looking for regarding his style of football turned out to be a negative. His early success meant he was unwilling to compromise even when it became clear that his management style was incapable of competing with the likes of Guardiola and Jurgen Klopp or of maintaining harmony at a club the size of Manchester United.

Mourinho should be credited for the revival in fortunes of the League Cup but there is a feeling that he took winning the trophy for granted somewhat, as if it was some guarantee of future success. That evidently is not the case, something which managers trying something similar must keep in mind. 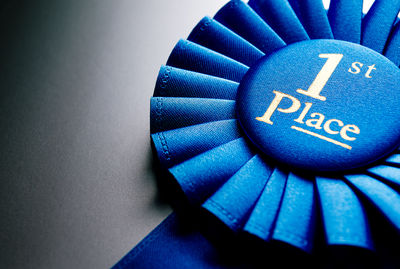 Leicester’s title win in the 2015/16 season was remarkable for any number of reasons. The Foxes were rank outsiders to lift the title and did so with a manager who had little track record of success in the years before getting the job and who has struggled badly since getting his hands on the trophy.

Claudio Ranieri’s team did not make it past the fourth round of the League Cup in the season they won the title. They did have good wins over Bury and West Ham before being knocked out on penalties by Hull though, which may just have been enough to have given everybody at the club an extra shot of confidence.

Not making it through to the latter stages was arguably very important to Leicester in that it reduced the total work rate of a squad which was hardly the deepest in the Premier League. Unlike most of their rivals they didn’t have the burden of midweek European fixtures either. On top of that, they were also knocked out of the FA Cup in the third round. This was viewed as no hardship by Ranieri and his coaching team as they relied heavily on a small group of players and made very few changes to the starting XI, at least by the standards of their competition.

Although it was still very early in the season when Leicester were eliminated from the League Cup and nobody was seriously entertaining them as potential Premier League champions, Ranieri had already made his priorities clear. He was focusing his attentions and Leicester’s resources on the league. Moreover, it’s no surprise that the big names to have won the League Cup going back to Liverpool in 2003 all had big, talented squads so were able to maintain momentum despite making significant changes to the team for the cup.

Specialists in Failure Tag Can Sting 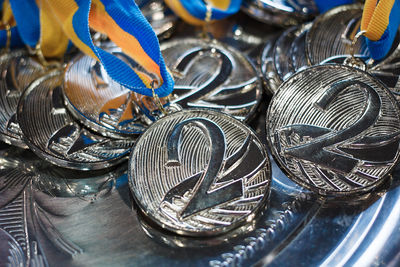 Winning the League Cup can be used as the springboard to further success but can it have the opposite impact for teams who get through to the latter stages but fail to get their hands on the trophy?

After a weekend in which Tottenham lost a must-win game against Burnley, the same old criticisms of the club reared their head again. Mauricio Pochettino has done a wonderful job at Spurs but the criticism goes that even he has been unable to change the culture of a club who regularly go close to major success but almost inevitably come up short.

Spurs’ last League Cup win came under Juande Ramos in 2008. Ramos’ time in charge is hardly remembered fondly by the Tottenham fans but the club’s inability to kick on said more about the calibre of player at their disposal at that time than anything else. They’ve since reached two League Cup finals and reached the quarter finals twice but could not complete the job. Many experts, including Pochettino himself, feel that Spurs need to get the first trophy under their belts, silverware of any kind, if they are to go on to bigger and better things in the league and Europe.

Other teams to reach the League Cup final in that time include Aston Villa, Sunderland and Southampton, each of whom had tough times in the years that followed their failed attempts to win at Wembley. For some teams, failure on a stage as big as Wembley only fuels the fire and acts as a motivation. For others, it is a real deflation – very public humiliation even – from which even greater disappointment can follow if it gets into the heads of players and fans that the manager’s methods are not capable of securing silverware.

Is the League Cup Still Worth Winning?

Ultimately the EFL Cup remains and will probably always remain low on the list of most clubs’ priorities. That said, whilst failure in the League Cup can hurt a side, there can be no doubt that winning the season’s first piece of silverware can provide a huge boost for the run-in. In addition it has to be noted that once sides reach the business end of the competition, from about the quarters on, they take things far more seriously, proving that the League Cup is still very much something managers, players and fans want to win.