There is always a gap in quality, revenue and viewing figures found in football league hierarchies but between the Premier League and the Championship the difference can seem more like a chasm at times. It’s not been uncommon to see sides relegated from the English top flight run into financial difficulty as they struggle to survive without the riches of the Premier League. Here we examine just how far apart the two leagues have become in recent years and whether there is any hope of the gap being closed in seasons to come.

It was never the initial intention for the Premier League to dwarf the rest of the divisions below. One of the founding fathers of division, Rick Parry, recently stated that is was never supposed to turn out this way and he believes the situation now is so bad that it’s unbridgeable. The growing divide has led to a suggestion of a Premier League 2 in the past, an idea brought to the forefront of attention once again, this time by Leeds United owner Andrea Radrizzani.

By the end of the 2017-18 season, Premier League clubs had on average enjoyed £157m in revenue from TV deals while clubs in the Championship averaged just £24m. This was the fourth consecutive year the gap in broadcasting revenue had increased as the Premier League continues to enjoy the benefits of billion pound deals with the likes of Sky and BT.

The Importance of the Play-Off Final

TV money means that promotion from the Championship to the Premier League is estimated to be worth around £200m. The huge money available has made several Championship clubs adopt a high-risk approach in order to take their place in the top-flight of English football.

It’s a tactic Aston Villa adopted since their relegation in 2015 but failure to beat Fulham in the play-off final saw them plunged into economic turmoil. A summer takeover managed to prevent there being any truly serious trouble but clubs such as Bolton and Portsmouth were not so fortunate after their failure to regain top flight status.

Can Championship Clubs Get a Better Deal?

Leeds owner Andrea Radrizzani believes Championship clubs are currently being handed a poor deal when it comes to TV revenues. What they receive is small change compared to the figures seen one league above them despite Leeds having 19 televised matches during the 2017-18 season.

Sky claimed that audience could reach as high as 500,000 for these matches yet the Peacocks received a mere £2m or 2.5m per game for it. Radrizzani’s idea of a Premier League 2, which could give Championship clubs a little more parity when it comes to TV revenue, is one he believes many chairmen in the second tier would be in favour of.

Such calls may not have been needed had the Football League agreed a deal to take a 20% cut of a combined Premier League and Football League package back in the late 90s. Despite widespread support though, the proposal was ignored, accelerating the income gap between them. 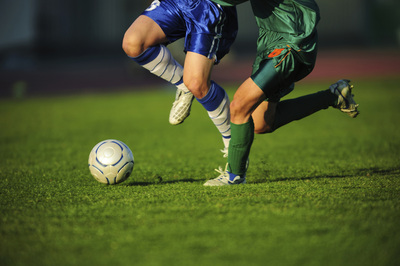 Teams that move from the Championship to the Premier League have often coped well with the rigours of the world’s most popular league. Prior to the start of the 2017-18 season, 40% promoted sides had managed to stay afloat for the next two seasons. This appears to be a key metric as after surviving the threat of relegation twice, 83% of teams go on to become established Premier League sides (minimum five consecutive seasons).

The end of the 2017-18 campaign also saw all three promoted clubs avoid the drop, the third occasion this has happened. Clearly, the huge discrepancy in money hasn’t yet created a gulf in standards on the pitch.

When it comes to breaking the dominance of the so called ‘top six’ this is another matter however. No promoted side, with the famous exception of Leicester during their title winning season, has been able to break the established order at the top of the Premier League.

The revenue produced by the likes of Manchester City and Manchester United are on another planet compared to clubs lower down the league. While TV money is somewhat evenly distributed among all 20 teams, the gap between other sources of income puts Championship sides at a huge disadvantage.

To emphasise this point, let’s take a look at the money raised by Manchester United between June 2016 and 2017 compared to that of Middlesbrough, who were relegated after one season back in the top flight.

The Red Devils pulled in £112m through match-day receipts and £276m from commercial income. The second figure is £82m greater than what they earned through TV and broadcasting. Middlesbrough on the other hand were incredible dependent on the £101m they earned from TV rights. Match day receipts pocketed them just £9m while commercial related sources were barely higher at £11m. Top clubs are big brands these days yet no Championship outfit, promotion favourites or otherwise, has mass global appeal.

In the 2016-17 season, the Championship was the third biggest league when measured by total match day attendances. That’s more than both La Liga and Serie A. While playing extra matches did contribute to their higher aggregate attendance (46 games for each team versus 38) these are undeniably hugely impressive numbers. The average number of bums on seats for the 552 Championship matches was over 20,000. While the Premier League reigned supreme with their 13.6m aggregate attendance (30,809 average), the second tier of English football is still boasting some impressive numbers.

Championship fans are clearly content sticking by their sides, unaffected by the lure of the Premier League. The picture may change in coming decades as youngsters shun local clubs for the star studded Premier League giants but for now the Championship remains very popular. TV figures also highlight a high level of interest in the league. The 2016-17 season saw Sunderland matches average near 400k viewers per game, with Leeds, Nottingham Forest, Middlesbrough, Sheffield United and Cardiff all averaging over 300k. Sky have been keen to stay on as the sole UK providers of the action and are now able to show up to 80 mid-week matches per season.

The Premier League tax is a well-known phenomenon during the transfer window. It refers to the extra price foreign clubs can demand from Premier League outfits because of their huge budgets. During the 2018 summer transfer window, Premier League clubs smashed the £1bn spending mark for the third season running, although the total was £200m short of the year before. Chelsea signed goalkeeper Kepa for £71m while Liverpool spent £4m less when recruiting Alisson from Roma. Both made it into the top 10 Premier League most expensive transfers list but still fell short of the £93m paid by Manchester United for Paul Pogba.

Promotion gives clubs the opportunity to break their existing transfer records and this is something regularly seen. Fulham previously hadn’t spent more than £12.4m on a player before but more than doubled this when recruiting Jean Michael Seri following their return to the top flight. Christopher Schindler was Huddersfield’s record signing at £1.8m before their first ever taste of the Premier League. Since then the Terries have spent £17.5m on Terence Kongolo and a rumoured £11.4m upwards for Steve Mounie. Clubs that remain in the Championship simply cannot spent this kind of money. As of 2018, only eight Championship arrivals cost more than £10m with the highest being Ruben Neves for £15.8m.

The Future For The Championship

In some aspects there is an enormous gulf between the Premier League and Championship. A rapidly growing gap in TV and broadcasting revenue is the biggest reason for the financial inequality that currently exists. Although parachute payments initially soften the blow, clubs are so much worse off financially if faced by relegation. The importance of Premier League cash has made survival of paramount importance to any side facing even a slight threat of relegation. For the three clubs that do go down, their players face huge cuts in wages and in many cases squads are decimated as personnel leave in search of a better contract.

Money is not the only thing that should be used as a measurement when assessing how great the divide is between the two leagues however. Championship clubs have often held their own after achieving promotion, regularly doing better than the 11 point haul Derby managed in the 2007-08 season. Second divisions in other nations lack interest but the Championship continues to provide a hit among TV audiences and fans attending matches in person. With its popularity showing no signs of waning, there is an opportunity for the second tier of English football to get a better deal financially, perhaps with the development of a “Premier League 2”. This would help bridge the enormous gap that lies between the top flight and the Championship, but they would likely still remain miles apart.