We often hear the argument that, ‘every team can beat every other in a one off match’ in the Premier League and there hasn’t been a successful defence of the title since Man United’s third win in a row in the 2008/09 season. The problem is that, increasingly, that competitiveness doesn’t extend to the race for the title.

Man City romped home with a 19 point winning margin last season and while that was a Premier League record, only one of the last six seasons was it won by fewer than seven points. Thankfully, that looks like it’s going to change this time around.

A Rising Tide Lifts All Boats

The Premier League is an absolute behemoth in the world of sport and also sports business. Significant efforts around advertising, marketing and broadcast rights have brought huge revenues to the league and therefore to the teams. Although the amount of money sloshing around the Premier League has caused problems that need to be addressed, there’s no doubt that the overall quality of football has steadily increased along with revenues.

The disparity in the transfer and wage budgets of teams who go into the season targeting a push for the title and those who simply want to stave off the threat of relegation means that we’ll almost certainly never see a repeat of Leicester’s title winning campaign of 2016. But, when it comes to the elite teams, it does seem as though a rising tide lifts all boats.

The fear after Man City lifted the title last season was that their seemingly endless supply of funds would usher in a period of dominance for the Citizens. And yet the early signs are that those fears were unfounded. Instead what’s happened is that the chasing pack from last season have returned stronger this time around.

Chelsea have added the brilliant Maurizio Sarri as their manager. Liverpool have spent big on a squad that has enough strength in depth to challenge for the title. Arsenal were able to attract Unai Emery to take over from Arsene Wenger. Tottenham have managed to bat away interest from other clubs to keep their hugely talented squad together. Man United may have struggled this season but they remain the biggest, richest football club in the world.

Far from ending the interest at the top of the Premier League, Man City and Pep Guardiola have forced the other teams to up their game which is to the benefit of the division as a product and as a spectacle.

How Many Horses are in This Race?

Liverpool’s run through to the Champions League final last season and the signings of Alisson, Naby Keita and Fabinho over the summer means that they’ve been looked upon as the Man City’s most likely challengers for some time. Still, the mixture of style and substance with which Jurgen Klopp’s men have displayed in the opening stages of the season has caught many by surprise.

There is little doubt that Liverpool’s combination of attacking verve and increased defensive solidity makes them the side most likely to topple Man City. That’s the way the bookies see it. City are a best price of 4/6 with bet365 to win the title with Liverpool available at 9/4 with Coral. But how far down the outright betting market can we look for genuine title contenders?

Alan Shearer and Gary Neville have both said that they believe the 2018/19 season is a two horse race but the performances of Chelsea under Maurizio Sarri’s stewardship suggest they could be far too big in the Premier League betting at 9/1 with BetVictor. What about Tottenham, arguably the most consistent team over the last three Premier League seasons, at 33/1 to Coral? Or Arsenal who are flying under Unai Emery at 40/1 with Betfred?

We’ve seen enough already to be sure that no team is going to run away with the Premier League title. What we cannot be sure about is how many teams will still be in touching distance of top spot when we get to the closing stages of the campaign. The top five are separated by just two points after eight matches so it is certainly far too early to be writing off any of their chances of being in the running for the title come spring time.

Emphasis on Attack Breathes New Life into the League 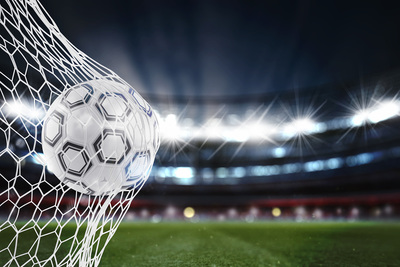 The current top five of the Premier League would be fairly easy to predict at the start of the season. They all belong to the so-called ‘big six’. But nobody would have predicted that Bournemouth would be gate crashing the party at the expense of Man United.

The job that Eddie Howe has done with the Cherries is so impressive that he’s constantly talked up as a potential manager of one of the biggest clubs in England. Howe will tell you that hard work and team work are the cornerstones of his success at Bournemouth but what really catches the eye about his team is their positive approach to the game. Contrast the way that Bournemouth look to go out and win games with the ‘first don’t lose’ approach of Man United.

Jose Mourinho is very quick to point to the (admittedly impressive) number of trophies that he’s won during his career when he feels coverage of him is too critical but it is hard to escape the feeling that he’s yesterday’s man. Mourinho’s pragmatism worked wonderfully well in years gone by but the forward thinking, attack minded managers of the current top six in the Premier League have left the Portuguese boss in their wake.

We touched earlier upon the marketing efforts undertaken by the Premier League to promote the division around the world. What could be better in that regard than having genuinely exciting, top class teams battling it out for the title? Again, money plays an important part as it helps to attract the world’s best coaches to English football but increasingly English fans are demanding more of their teams.

Results are no longer enough. Style is important to fans. The teams at the top of the table have each turned to progressive managers despite being under immense pressure to win matches. It’s not quite a battle for hearts and minds but the fact that clubs are trying to out-do each other with the style of their play could result in even more closely fought title races in years to come.