A collection of stern faced men in sharp suits and flash watches in Nyon at this time of the year can only mean one thing – the draw for the Champions League round of 16. Traditionally this is the stage of the tournament where things get interesting. Given that we were treated to some great drama and plenty of goals in the group stage football fans around the world are very excited about what’s to come.

English football fans have had access to every Champions League match for some years now and so the level of knowledge about teams from across Europe is stronger than ever. However there is still more interest paid to how the Premier League teams get on in Europe and it’s fair to say that the picture is mixed following the draw.

The bookmakers updated their odds about the chances of Liverpool, Man City, Man United and Tottenham winning the Champions League within minutes of the draw being concluded. There is a lot of opportunity for punters in those early odds so now is a good time to take a look at the chances of all four teams individually.

Liverpool won the support of millions of neutrals on the way to last season’s Champions League final. Jurgen Klopp’s men were written off at multiple stages and by many pundits but they made the very most of their entertaining style to beat Porto 5-0, Man City 3-0 and Roma 5-2 in just three highlights of a journey that would ultimately end in disappointment against Real Madrid.

Klopp and his players are going about it slightly differently this year. In the Premier League they’ve been markedly more defensive in their focus and whilst that has curtailed some of their freewheeling attacking spirit it has made them much tougher to beat. The Reds will need all of the defensive organisation they’ve shown this season to come through a tricky round of 16 tie against Bayern Munich but there is a reason they are the favourites to progress.

Klopp showed in the recent win over Man United that he is still, at his heart, an attacking manager. He had no problem introducing Xherdan Shaqiri off the bench at 1-1 to push for the win when other managers would have tried to secure the point. It is that ability to introduce world class players into the fold for the closing stages that makes Liverpool so dangerous against Bayern.

The current Bundesliga champions have been a shadow of their former selves this season. Niko Kovac has so far been able to keep the vultures at bay in terms of the pressure that has inevitably piled on his shoulders which is mainly down to the fact that most people connected with Bayern understand that a significant rebuilding process lies ahead. There is a real lack of pace in this Bayern team, especially at the back. Put the likes of Jerome Boateng, Mats Hummels and Javi Martinez against Liverpool’s pacey attacking options and you have the potential for disaster.

As the former Borussia Dortmund manager, Jurgen Klopp has plenty of history with Bayern Munich and you could almost hear the groans from Bavaria when Bayern were paired with Klopp’s Liverpool. If the Premier League side navigate this hurdle their chances of at least making the final again will surely be taken more seriously so this could be the time to support the Reds in the betting at a generous 12/1 with Betfair.

Man City Show the Value in Winning Your Group

Taking domestic dominance into the European arena is the aim of any football club who believe they deserve a place among the game’s elite. That’s very much what the ambitious owners at Man City are targeting. The Citizens always knew that juggling the demands of winning the Premier League and the Champions League was among the toughest tasks in football but the bookies are clearly confident of their chances.

Despite the improvements made by the chasing pack in the Premier League headed by Liverpool, Man City remain the favourites to win the title and they are also the favourites for the Champions League at a general price of 3/1. There are many reasons to believe that City have a genuine chance of going all the way to the final in Madrid not least because they have been handed perhaps the best draw they could have hoped for as they’ve been paired with Schalke.

Whilst Man City got their just reward for winning their group, Schalke can count themselves very fortunate to have made it to the round of 16. The German side are struggling badly in the Bundesliga and will do well to end the season in the top half of the table. That is incredibly disappointing for the team who finished second to Bayern Munich last season but it’s not exactly surprising. Schalke’s form last season came thanks to an ultra-defensive style of play. Their defence isn’t performing as well in this campaign so their lack of attacking quality is really hurting them in games.

You can bet on Schalke at as big a price as 12/1 to qualify against Man City which paints a picture of just how vast the gulf in quality between the two teams is. City should win the tie at a canter to give them momentum and belief for the tougher tests to come which suggests now could be the time to lend them your support in the betting.

Change of Manager the Only Chance for Man United

The draw for the Europa League quickly followed the draw for the Champions League. Ricardo Carvalho was one of the ex-pros given the chance to pull the balls from the pots and as is the norm he was welcomed to the stage with a montage of his best moments in European football. They include winning both the Europa League (then known as the UEFA Cup) and the Champions League in consecutive seasons.

Seeing highlights of Carvalho and his Porto teammates in action was actually a little jarring because of the reminder that those were the days when Jose Mourinho had the world of football at his feet. Fast forward to the present day and you can’t open a newspaper or social media app without being bombarded by a host of articles bemoaning the state of Manchester United under Mourinho’s management.

The Portuguese manager deserves respect for his achievements but football can never be about looking backwards. It’s clear now that Mourinho has been usurped by a host of different managers and it’s looking increasingly as though he lacks both the desire and even the ability to claw his way back to the top of the game.

If Mourinho is yesterday’s man and, by extension, Man United are yesterday’s team, then PSG are very much hoping to be the team of the future. Backed by the vast and often controversial funding of Qatar Sports Investments, PSG have turned Ligue 1 into a non contest and are getting ever closer towards getting their hands on the Champions League trophy. The Parisians were the highest scorers in the group stage and are as short as 1/5 with some bookies to knock Man United out.

There is a chance that things will deteriorate enough at Man United for Mourinho to be replaced in the dugout before the first leg rolls around in February. That may well be the only chance that this increasingly disappointing Man United team have of keeping their Champions League dream alive for another season.

The Red Devils’s board have indeed decided to act after a difficult start to the season by sacking manager Jose Mourinho. Michael Carrick will take charge until a temporary manager can be appointed who will remain until the end of the season. They will take their time in deciding who will be the next permanent appointment and the search begins now.

Manchester United has announced that Jose Mourinho has left the Club.

We would like to thank him for his work during his time at Manchester United and wish him success in the future. #MUFC

Dortmund the One Side Spurs Should be Fearful Of 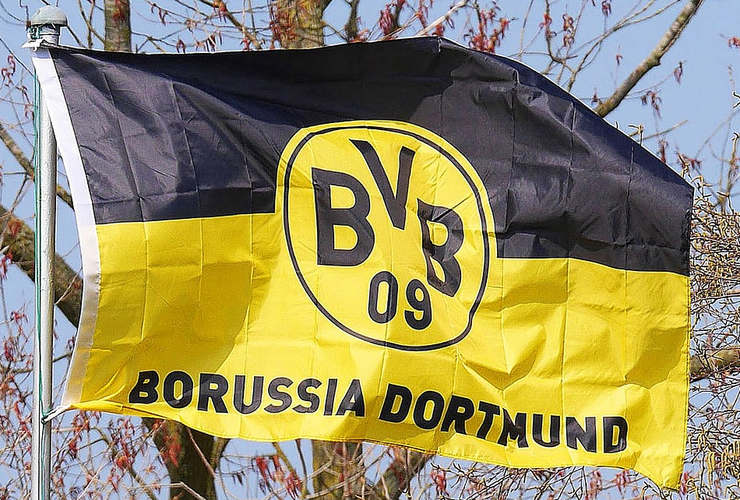 Tottenham travelled to Catalunya for their final match of the Champions League group stage with a fair amount of trepidation. Mauricio Pochettino’s side had just about managed to keep their qualification hopes alive with narrow wins over PSV and Inter Milan but knew that their future was still out of their hands as they needed to at least match Inter’s result at home to PSV.

Barcelona took an almost inevitable first half lead but the news was better from Milan as Inter were also losing. To their immense credit, Spurs dug deep, stayed in the game and eventually snuck an equaliser in the 86th minute through Lucas Moura. That marked an admirable return to form having picked up just one point from their first three matches but their second place finish always threw up the chance they would get a tough draw and that’s exactly what they have in the shape of Borussia Dortmund.

On first glance Tottenham fans will think that this is actually a good result given that they beat Dortmund twice in last season’s Champions League group stage. Spurs will find that Lucien Favre’s team are a completely different kettle of fish though. Dortmund lost just one match whilst topping Group A and are absolutely flying at the top of the Bundesliga. There is no doubt that Tottenham have become highly competent performers at this level but is this a 50/50 shot as the bookies’ odds would have you believe?

At the time of writing it is unclear whether Tottenham will be playing the first leg of this tie in their new stadium or if they’ll still be playing at Wembley Stadium. Either way the whole fuss around the stadium move has caused serious friction between the Tottenham fans and the club’s hierarchy. The team have so far been able to paper over the cracks with their performances but Dortmund in the Champions League will likely prove a challenge too far. In fact, Dortmund are interesting dark horses in the betting at a top price of 33/1 with bet365.