Having a flutter on the Premier League action is something that appeals to a lot of football fans all across the globe. Some go on little more than hunches, others meticulously do their research while the rest put their trust in tips they’ve read elsewhere.

There is no definitive right or wrong way but we feel that by examining odds from the past few seasons you can help increase your chances of scooping a profit. This more mathematical approach might just show you where the real value lies in the Premier League and where you should be putting your money.

What will be examined?

Most bookies these days offer hundreds of potential markets, whether it be number of throw ins, amount of yellow cards or the time of the last goal. While more choice is certainly not a bad thing, here we are only going to focus on the biggest market of them all, the full time result.

It has also been the most popular market out there, providing the bulk of the selections in most accumulators no matter how big or small. As a result, we will examine the odds of home victories, draw and away victories in an attempt to find out which outcome the bookies tend to under-value and which they overprice.

The data set used will include average odds provided by a major bookmaker for matches that took place during 2017-18, 2016-17, 2015-16 and 2014-15 Premier League seasons. Information from 1520 matches will be analysed to provide information that is statistically robust and one that can highlight key trends.

By looking at recent years gone by, the data can be used to apply to the latest season, aiding you in your aim to get an edge over the bookies. Calculations have been made using decimal odds but for the purposes of this article they will be rounded to one decimal places and converted to fractional odds. Averages always refer to the mean rather than the median. OK, maths lesson over, let’s do some number crunching!

There’s something that feels safe about backing a side to win at home and it’s why some bettors are reluctant to try out much else. It’s where the vast majority of sides are at their best and this is far from something specific to the Premier League. Knowing the pitch, not having to travel and having the crowd act as a 12th man, influencing both the home players and the referee, has seen many stadiums turn into a fortress for the sides that play there. The bookies always take the venue into consideration but do the shorter odds mean that a home win is not good value for money?

The 2015-16 season was a tough year for any punters loyal to the home victories. It was a curious season for many reasons. Not only did 5,000/1 Leicester win the league but Liverpool wound up in eighth and defending champions Chelsea finished another two places further back. With so many traditionally strong sides dropping points at home, and Leicester exceeding all expectations, it should come as no surprise why this season stands as the main outlier in various statistical analyses.

Profit/loss on a £1 stake – all home games

The last two full seasons have seen a shift towards home victories being the best option as the Premier League has seen a return to normality. We had a normal looking top six in 2016-17 and again in 2017-18 with none of the ‘big six’ clubs missing out. Seasons that don’t deliver too many surprises should encourage you to back teams at home. During both of the most previous two full seasons, doing so for every game would have landed you a profit each time as you can see in the table above.

Part of the shift towards the profitability of the home victories has not been an increase in the number of home victories. In fact, there was only one more home victory in the 2017-18 compared to the 2014-15. The main reason behind the change is the drifting in odds for the host side.

In the 2016-17 campaign, the average price reached 2/1 and in 2017-18 it crept near 11/5. The same 2017-18 season the average price of a successful home bet was 13/10, the longest odds of the last four years. The bookies may decide to tweak their odds but for now home victories represent good value for money.

Anyone who adds a draw or two into their weekend accumulator will know how much it can boost the potential returns. Odds on a stalemate so rarely dip below 2/1 even in the most even looking contests, so it’s something that naturally attracts optimistic punters. Those that do put their faith in the points being shared have to be prepared for some nail biting moments though. While a team can have a win wrapped up by half-time, a draw is never confirmed until the final whistle of the match.

Tied contests can sometimes not be the most interesting of affairs but the data produced from them is far more intriguing. For starters, it is a result that produced a relatively substantial profit in half of the seasons looked at. It was a result worth backing in the 2015-16 season and also again in the 2017-18 season. The table below highlights some quite substantial differences in the profits from a £1 stake, with 2016-17 clearly a nightmare campaign for those who liked to back the draw.

Profit/loss on a £1 stake – all draws

The profitability of draws appears to be far more random than betting on home/away wins. Some seasons see lots of draws, such as the 2015-16 which saw 107, while a year later there were just 85, a reduction of more than 20%. There’s no obvious reason why this was the case and it’s something that is likely to swing back and forth as the seasons go on.

Perhaps the most interesting finding from looking at draws is that while the odds are usually substantially lower compared to an away win, 31/10 vs 4/1, the average price of a winning bet is much higher, 29/10 vs 11/5. This can probably be explained by the fact that there is less variance in the odds for the draw, with no short-odds draws reducing the overall average in the way that, for example, a Man City win at Brighton might do for the away odds.

Travelling to unfamiliar turf and getting all three points is always met with a sigh of relief. Winning on the road is rarely an easy feat even for the better sides in the division and it’s when clubs are most likely to slip up. The dangers that come from venturing outside of home are reflected in far juicier odds however. The biggest odds on a successful home victory during the 2014-15 season were 13/2 but a huge seven away victories had a higher price than this, including one at a very tasty 17/1. Additionally, the average price over our four season analysis for an away win was 4/1 compared to just under 19/10 for a home three points.

Interestingly, the number of away wins over the past four seasons has fluctuated very little, showing how it’s not getting any easier to play without the benefits of home comforts. The lowest total away wins seen among recent years was during the 2017-18 season which saw 108 of them, while the highest of 116 was seen in between 2015-16. While the number of overall victories may stay fairly constant however, the odds fluctuate far more than they do compared to home wins or draws as seen by the table below.

Average odds of an away win

Looking at the above data you’d perhaps think that away victories have been a profitable option the past couple of seasons but this is absolutely not the case. The 2017-18 and 2016-17 seasons would have been terrible had you consistently backed visiting sides. The reason for this is that there were far fewer surprises during these two seasons and far more shorter-odds wins. The average price of a winning bet in the 2016-17 season was just 9/5 compared to 13/5 a year earlier. This has led to a huge discrepancy in the profit and loss table on a £1 stake which can be seen below.

Profit/loss on a £1 stake – all away games

Just as with the home win data, the 2015-16 season is also an outlier when it comes to away victories. It was the only season of the four where backing the visiting side consistently would have returned a profit and it’s not something likely to happen particularly often. This data does not suggest backing three points on the road should be avoided at all costs but it does indicate caution should be applied. Away victories are the most likely bet to represent poor value for money and it’s up to the punters to decide which games this applies to and when, on occasion, the away win is the right call. Oh if it only it was so easy.

It pays to shop around 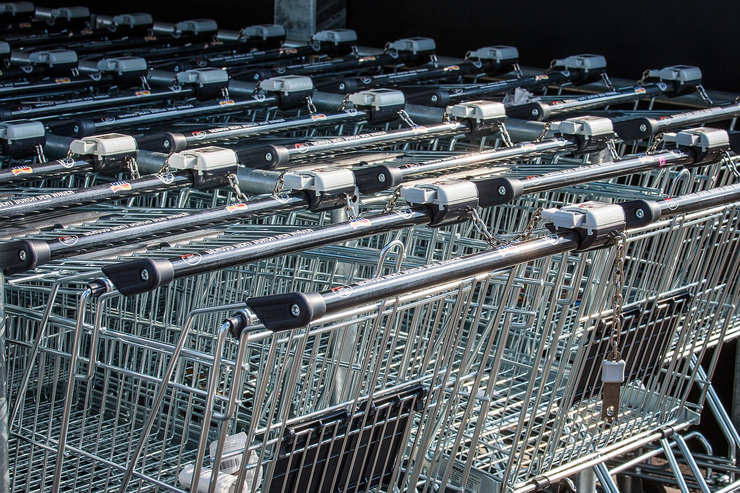 The one thing this data analysis shows is that the margins between winning and losing can often be quite fine for punters. We’ve taken the data from one popular online bookmaker and in most cases gamblers will stick with their favoured company week after week. Certain bookies offer better odds for certain matches though and others have certain accumulator bonuses or insurances. With so many companies offering great introductory offers, it doesn’t hurt to spread your funds across a few accounts to ensure you also maximise your returns.

Which Result Has the Best Value?

In a fairly typical season without too many surprises, our odds crunching shows that home wins represent the best value for money. Providing the average odds offered on a home three points stays around 2/1 or higher, this is a result you should be very much biased towards.

Draws certainly have their place among your bets too. Always well-priced and particularly handy for matches featuring low scoring teams, backing a stalemate is something useful to have in your arsenal.

It’s away wins that are the biggest danger for any Premier League punter as the profit/loss results on a £1 stake show. While there is no need to avoid them entirely, it’s something best used more sparingly and only when you feel certain that the odds offer good value for money.