The 2019 Women’s World Cup is upon us. It is being billed as one of the biggest tournaments in the history of the women’s game as support and investment reach levels never seen before.

This is only the eighth edition of the Women’s World Cup. It has come a very long way since it was first held in China back in 1991 when it was called the FIFA Women’s World Championship. The quality of everything relating to the tournament has improved considerably since, including the players, the standard of coaching, the stadia utilised, the media coverage and the prize money. As such, the Women’s World Cup is now one of the biggest sporting draws of the year.

We have put together a guide for the 2019 Women’s World Cup by answering the biggest questions that fans have about the tournament. Armed with the information below all you have to worry about is when and where to watch the action unfold.

Where Is The Women’s World Cup Taking Place? 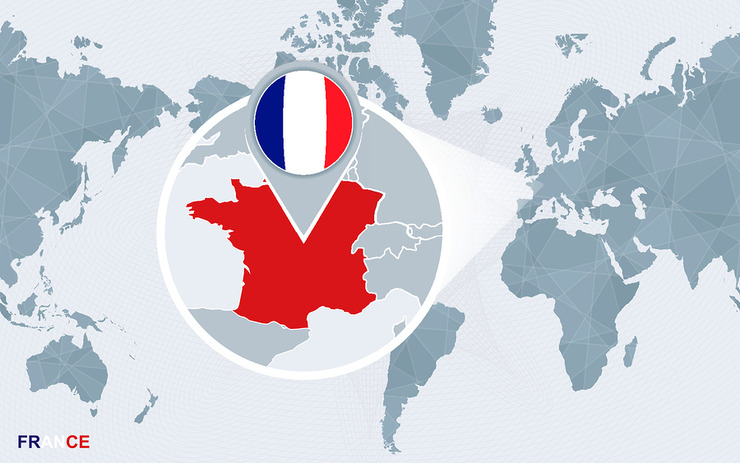 The growing nature of the Women’s World Cup means that it makes an increasing demand on the infrastructure of a host nation. The French authorities have had to do a lot of work in terms of transport, security and accommodation but they had a very strong base from which to launch. It’s only three years since France hosted the men’s 2016 UEFA European Championship and the country has a strong domestic league and a massive tourism industry.

In total, nine host cities were chosen to host matches during the 2019 Women’s World Cup. Three of those chosen – the Parc Olympique Lyonnais in Lyon, Allianz Riviera in Nice, and the Parc des Princes in Paris – hosted matches during Euro 2016. The Parc des Princes, which is Paris Saint-Germain’s home ground, will host the opening match of the tournament between France and South Korea whilst the final and both semi finals will be held at the Park Olympique.

The other venues being used are Stade de la Mosson in Montpellier, Roazhon Park in Rennes, Stade Océane in Le Havre, Stade du Hainaut in Valenciennes, Stade Auguste-Delaune in Reims and Stade des Alpes in Grenoble.

What’s the Format of the Women’s World Cup?

Many of the leading players and coaches heading to the Women’s World Cup will tell you that football is football and that there shouldn’t be any divisions between the men’s and women’s game. There are differences between the two World Cups though with the format being the most obvious.

Each of the teams was seeded and placed into one of four pots. From there the six groups of four teams play out as round robin matches, just as the men’s World Cup. When all the teams in a group have played against each other the top two teams will qualify for the knockout stages with teams level on points separated, in order, by total goal difference, total goals scored, head to head record, fair play points and, finally if they can’t be separated, the drawing of lots.

After the final group standings are sorted it’s time for the fun to really start with the knockout stages. They are straight knockout matches which go to extra time and penalties if required and begin with the Round of 16 all the way through to the final in Lyon on 7th July.

The USA have long taken women’s football very seriously which has paid off with three World Cup wins to date. They are the defending champions and are unbeaten in their last nine matches. Their most recent fixtures may have been friendlies but the USA haven’t even conceded in their last four, which all combines to make them many people’s favourites to lift the Women’s World Cup for a fourth time. 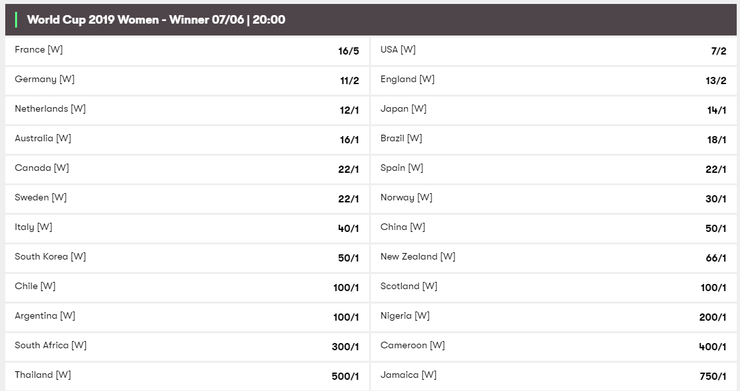 The USA are available at a general price of 7/2 with the bookmakers but France are actually available at shorter prices with some books. The hosts benefit tremendously from the strength of the domestic game in France, particularly from Lyon, the team who some call the most dominant in world sport. The seven Lyon players in the France squad, they will certainly bring bags of quality and an expectation of success as they have won each of the last four Champions League titles. Backed by a large home following and with the most important matches taking place in Lyon, France are the side that will really strike fear into the other teams.

The only problem that France have is that they don’t have much experience of the latter stages of a World Cup. Their best finish was when they finished fourth in 2011 so conquering nerves when the pressure is really turned up will be a big challenge. By contrast, the German squad have a number of people they can turn to for advice with coping with pressure as Germany won the World Cup in 2003 and 2007. Indeed, Germany’s manager Martina Voss-Tecklenburg knows all about the demands of the World Cup having been part of the team that lost in the final against Norway in Sweden 1995. Germany are available at a best price of 11/2 with Betfred which looks like a cracking bet even if they’re not quite of the quality of teams of the past.

Then comes England, who are looking to go further here than they managed at the last World Cup in Canada in 2015 when they finished third. Phil Neville has silenced many of the critics who questioned his appointment as the Lionesses’ manager and has built a very strong unit. Questions remain about his ability to get the best out of stars such as Lucy Bronze and Nikita Parris who both play for Lyon. Neville has struggled to nail down his best team, formation and tactics but if he gets it right England should have a chance at 7/1 with Betfair.

Who Are the Star Players?

You can tell that the Women’s World Cup is going to be very big news by the amount of big brands and media companies who have fallen over themselves to feature the world’s best players in their advertising and promotions. The marketing machine of women’s football has very much kicked into gear and there are some hugely talented players competing in France who are ready to grab the attention.

The first place to look for stars of the 2019 Women’s World Cup is up front. Scoring goals has always been the most eye-catching part of the game and Sam Kerr is hoping to score more than anybody else in France. A former Aussie Rules player, Kerr has become absolutely vital to Australia’s chances of reaching the latter stages of this tournament. Whether the rest of her Matildas teammates will rise to the challenge remains to be seen but Kerr is certain to play a starring role.

Alex Morgan is the woman most likely to be the hero for the USA. An incredible athlete, Morgan usually saves her best performances for her country and has the class and work ethic to make sure she gets on the end of many chances and competes for the Golden Boot. One of those ready to challenge Morgan for the Golden Boot is Lieke Martens. The Netherlands striker has lived up to the pressure of a high profile move to Barcelona and is ready to grab the limelight at the World Cup.

Not every star of the World Cup does their best work in the opposition box. There are a host of world class defenders including England’s Steph Houghton who is playing the best football of her career according to her manager. Then there’s Lyon’s Wendie Renard who is a rock in the France defence and will make life difficult for every striker who comes up against her.

Finally, it’s impossible to talk about star players without mentioning Marta, the player some believe is the greatest in the history of women’s football. It was her sensational skills that saw Marta break through into the wider consciousness of football fans and although she’s coming towards the autumn of her career at 33, there is more than enough left in the tank for Marta to turn it on for Brazil. 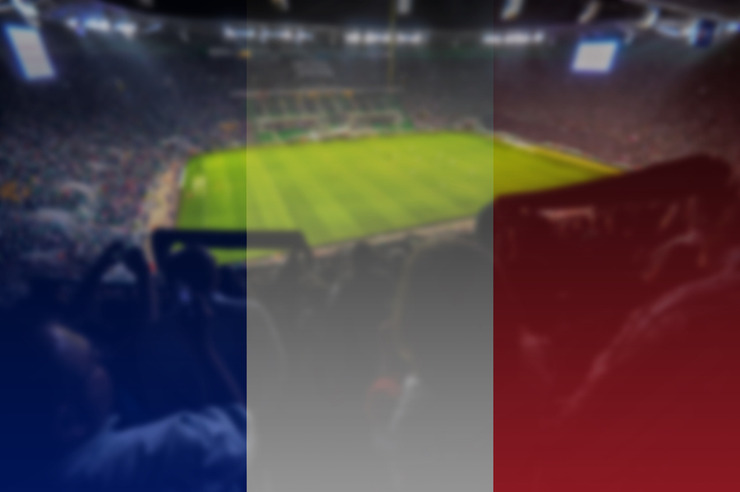 The 2015 Women’s World Cup was very well regarded by people inside and outside of the game. Those who had given their best over many years prior to 2015 were delighted with the high profile nature of the tournament and the job that Canada did as hosts. It’s going to be much, much bigger four years on.

The media coverage of the 2019 Women’s World Cup is on a completely different level, especially in the countries who are sending teams to France. Major media companies are committed to providing comprehensive coverage of the tournament including events on and off the pitch with some spending significant amounts to become full rights holders.

That coverage is both a reflection of the amount of interest in the women’s football and a major reason why it is going to grow further still during the month ahead. That interest will be reflected in viewing figures which are expected to eclipse anything seen before. The fact that it’s taking place in Europe and not in Asia or America will further boost television ratings across Europe whilst the recent good form of England Women will ensure very big audiences for as long as the Lionesses remain in the tournament.

Canada 2015 was not only a hit on television but in the stadiums. More fans than ever before bought tickets to matches during the tournament even if that figure also reflects an expansion in the number of teams taking part. The record for the highest average fans per match is held by the 1999 Women’s World Cup in the USA but ticket sales have been very good in France even if FIFA has had to deal with some controversy about the way seats were allocated. 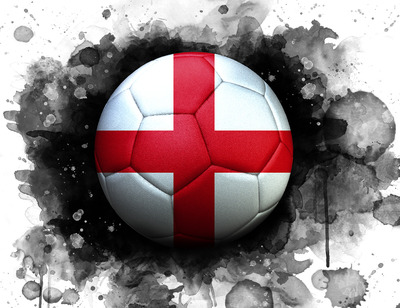 Phil Neville has been talking to his players about reaching the very top of the game for a long time. Neville asked his players what they wanted to achieve when he took over as manager and they all said that their dream is to win the World Cup. He made it clear that would demand they work harder than they’ve ever worked in order to build upon the foundations laid by Mark Sampson and he is delighted with the way the Lionesses have risen to the challenge.

England are ranked third in the world in women’s international football and head to France on the back of winning the She Believes Cup for the first time. Neville spoke very positively about the way his players lived up to their billing in the USA and for the support that they were given by the FA. Expectations have been raised considerably for the Lionesses since that win and the growth in the English women’s game thanks largely to the Women’s Super League but Neville believes his players are ready to cope with the pressure.

As mentioned above, England have some real standout players but if they are to win the Women’s World Cup at a tempting price of 7/1 with Betfair they’ll need to use their incredibly strong team spirit. With everybody pulling in the right direction there’s a genuine chance that England can go all the way in France.