20 years ago even the thought of playing a domestic football match abroad would have been met with ridicule but what previously seemed so farfetched is now very much verging on becoming reality. Plans to have local rivals Girona and Barcelona play in Miami may have hit a roadblock for now but the growing American market will ensure that the idea will not remain shelved for long. Is it only a matter of time before we see domestic football played overseas in a bid to expand football’s reach and economic might yet further? Or can the seemingly unstoppable force of globalisation be tamed?

In August 2018, La Liga announced they had struck a ground-breaking deal to have Girona v Barcelona played in Miami’s Hard Rock Stadium as opposed to the Estadi Montilivi. League president Javier Tebas stated the game was not a one-off, instead part of much larger €200m deal that would see La Liga matches played in North America for the next 15 seasons. Partnering with the US entertainment company Relevent, the proposal was promoted as a major milestone in La Liga’s international expansion strategy. Tebas insisted however that no club would be forced to take part and only those that volunteered would be involved in the overseas fixtures.

Girona, based in Catalonia, were expected to net €4m from La Liga’s first foreign match, plus any future benefits that come with an increase in foreign support. On their official website the club stated “The club has accepted this offer, understanding that it is a great possibility to expand and grow, not only for the club but also for our city and our territory.” Given that the club is owned by the City Football Group, the same owners as Manchester City, commercial enterprises are unsurprisingly of great interest to them.

If the game takes place in Miami, Girona supporters would lose out on seeing Barcelona play at their Estadi Montilivi, usually the biggest home game of the season. Several measures have been suggested to try and soften the blow however. These include paid flights and accommodation for 1500 season ticket holders wishing to go to America or a ticket for the reverse fixture at the Nou Camp for those not wanting to travel. If neither option offered appeal then fans would be refunded 40% of the price of their season tickets. Such financially costly measures are, of course, not generosity but simply reflect the gains Girona think they can make by playing in the States.

Barcelona also gave the green light to this project, with spokesman Josep Vives saying that all the first-team squad understood the club’s position and have agreed to play the fixture in principle. Even if this statement were true, then it should not be seen as an endorsement from the Barcelona players.

Only weeks earlier Sergio Busquets said La Liga players were united in their opposition to the plans, ones which they had not been previously consulted on. With players unanimous in their opposition, the Spanish Footballers Union (AFE) were considering strike action when the plans were initially announced.

American Football is one of the most popular sporting pastimes across the Atlantic but its following in Europe has long been rather negligible. A surge in interest has occurred over the last decade or so however, ever since the NFL hosted its first regular season match at Wembley in 2007. Such was the rise in its popularity that in 2015, Sky Sports secured a deal to show 103 live games including the Super Bowl. Three years later the Philadelphia Eagles beat Jacksonville Jaguars 24-18 in front of a record crowd of 85,870 at Wembley.

The spread of the NFL isn’t just limited to England, matches have also taken place in Mexico as part of the International Series with a future expansion to Germany and/or Canada in the pipeline. Earlier estimates suggest that having an NFL franchise in London could be worth more than £100m to the local economy every season while holding four games a season in the capital would rake in £58m.

US sports have long led the way in monetising themselves, with bigger and better television and commercial deals than even the Premier League can boast. Taking the NFL on the road was just another successful marketing and expansion ploy. Having produced so much money and increased awareness of the brand, it would be no surprise if La Liga have been using the NFL’s success as a blueprint for their own overseas expansion.

In order to appease the growing demand of foreign fans to see their favourite team play locally, big European sides have increasingly been involved in high-profile clashes pre- and in modern campaigns, post-season.

The International Champions Cup was set up in 2013 to provide a structured exhibition competition that attracted a large number of big teams. The 2018 edition saw 18 clubs involved, including the best sides from the Premier League, Serie A and La Liga among others. Out of the 23 venues selected, 15 were in the United States, more than double the number in Europe.

Chelsea were one of the teams to take part although just days earlier they had been in Australia, boosting their profile down under. Players and fans may loathe the travel but the money men just can’t resist the potential such tours offer.

The issue with pre-season matches, aside from them lacking a truly competitive nature is that many big names are not involved. This is particularly the case during years when a major international tournament takes places such as the World Cup. Clubs with a large array of international players are sometimes left to field rather unknown youngsters to make up the numbers. Even when the big names do feature, pre-season is hardly the point where they will be at their best, even ignoring the lack of intensity and intent in such games. As a result such matches often fail to draw in the huge crowds. Tottenham versus Roma in the summer of 2018 for instance only saw 17,000 spectators in San Diego, way short of the 70,000 capacity.

A trend likely to spread? 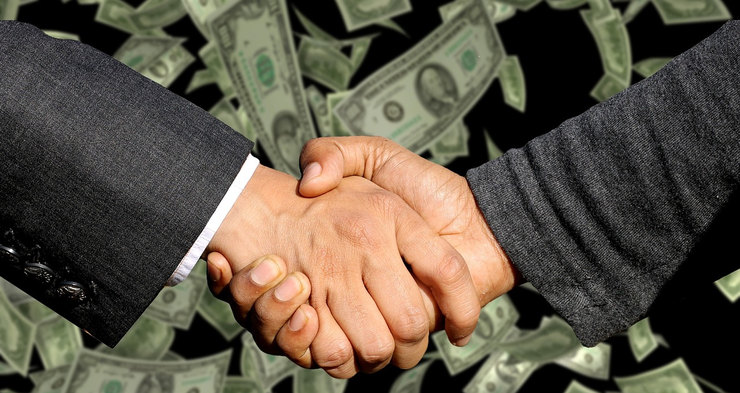 When news of Girona v Barcelona being played in the U.S broke, it was only natural that attention turned to the English top flight football to see if they would look to follow suit. The Premier League however was quick to reaffirm that they had absolutely no plans to organise regular season games anywhere else in the world.

It was only a decade ago however that the infamous ‘Game 39’ had been suggested. The proposal, led by then Premier League chief executive Richard Scudamore, involved an extra round of fixtures played at neutral venues across the globe to conclude the season.

An initial business plan estimated the extra round of fixtures to be worth between £40m and £80m per year but this did little to win over critics of the proposal. One of the loudest sources of opposition came from an unimpressed Sepp Blatter. Discussing the proposal, the since shamed ex-FIFA President said “football cannot be like the Harlem Globetrotters or a circus” while disgraced ex-UEFA president Michel Platini called it a “nonsense idea”.

Some Premier League managers followed suit in revealing their disagreement or doubts over the proposal although this was not entirely unanimous with the likes of Arsene Wenger and Roy Keane expressing support. Probably one of the few occasions that odd couple saw eye to eye!

With a strong level of opposition to the plans, Game 39, or Gam£39 as it was dubbed by the Football Supporters’ Federation, was shelved and the consensus hasn’t shifted since. Similar plans have never picked up any traction in Germany either, with the Bundesliga boss Christian Seifert categorically ruling out any possibility of a league match abroad.

Serie A has stayed rather quieter on the matter for now but their decline in match day attendances perhaps increases the appeal of a dip into the international market. Former AC Milan CEO Adriano Galliani and Napoli president Aurelio De Laurentiis have formerly shown interest in playing matches abroad so a proposal similar to the one offered by La Liga may enjoy some backing in the near future.

La Liga pushes on despite resistance

The backlash following the announcement of the Girona v Barcelona fixture was large and came from all cross the footballing world. With FIFA, the Spanish FA and various governing bodies refusing to offer their support, LA Liga were unable to push on with their proposed deal. The Spanish Football Federation (RFEF) provided another blow when president Luis Rubiales said that without more information he could not give his approval. UEFA and CONCACAF, as well as the United States soccer federation will all need to give the green light but as of yet none have done so. Much as the plans almost have an air of inevitability, there remains a long way to go before they become a reality.

No Girona v Barcelona #LaLiga game in Miami? #FIFA do not seem keen on the idea of a Spanish top-flight game in the USA in January 🇺🇸 https://t.co/Ew5xWWnxvW

Javier Tebas expressed confusion as to why the plan has been met with such resistance. He posed that the issue might be cultural, in that the bureaucracy in football is different to that of American sports league. His ignorance on the issue cries that of a man who has taken little time to consult fans or players on why they might not want to play a league match 4000 miles away from home. Ignorance surrounding the roots of opposition to his plans are quite staggering but with money his primary goal, it should not come as any surprise.

Following the initial set-back, La Liga began a petition in an attempt to raise and highlight support for the proposed Barcelona v Girona fixture. In the petition they state: “Some of the key decision makers are falsely claiming it won’t be good for the game in the US. So we, the fans, need to fight for this match by telling them: It’s good for the fans. It’s good for the game.” While this type of message is likely to resonate with a North American crowd, it will do little to change the minds of the Spanish Football Association, Spanish players’ union and more importantly FIFA.

La Liga appears relentless in their desire to get domestic league matches played in America. They have threatened to take FIFA to the Court of Arbitration for Sport if their plans continue to get shot down. With their persistence unlikely to wane, La Liga fans are perhaps best to assume that league matches being played abroad are only a matter of time, even if there’s no game in Miami on 23rd January 2019. Eventually Serie A may follow suit as the Italian league attempts to return to former glories of the 1990s although this is purely speculative at this point.

It’s difficult to see the idea gaining any traction in Germany any time soon while the Premier League’s already huge global following calls into question the need to play matches abroad. The English top flight earned around £3bn from selling international TV rights (2016-19) so clearly the league is able to attract a big enough following while keeping matches at home. Having had Game 39 suggested in the past however, it would be naïve to rule out the possibility of a Premier League game taking place abroad within the next decade, especially given the insatiable hunger for increased revenue streams.

Ultimately, in today’s world football teams are businesses and are run as such. If a team is presented with the opportunity to increase its revenue and broaden its fan base globally, it’s likely to pique their interest.

Some owners will prefer to put their local fans first but for others the appeal of extra income will always be far too alluring. If FIFA does eventually buckle and allow the Girona versus Barcelona game to be played in Miami, don’t think for one second that it will be the last top flight league match to be played overseas.