UEFA have confirmed plans to roll out another European club tournament, currently known by its placeholder name Europa League 2 (EL2). Many of the details are still being ironed out but it’s worth taking a moment to discuss the merits of a third European competition. UEFA has run with additional tournaments in the past but there has been nothing new since the fall of the white elephant that was the Intertoto Cup. Can they make a bigger success of the EL2 or is there simply insufficient appetite for an additional club competition on the continent?

If UEFA are going to make a success of the EL2 then they will need to look to the past to avoid the problems that led to the demise of the Intertoto Cup and the Cup Winners’ Cup. The two were abolished in 2008 and 1999 respectively after both enjoying several decades as active tournaments. This should not be taken as proof that an extra competition is doomed to fail but it does suggest that UEFA could quite easily get things wrong if they plan things poorly.

It is important to bear in mind that although the Intertoto Cup began in 1961, it was only in 1995 when it was taken over by UEFA. They initially changed the format to include 60 teams spread over 12 groups of five with the 16 best teams heading into a two-legged knockout stage. After complaints that this was too many games, the tournament became a straight knockout in 1998 and teams from more successful nations entered at a later stage. This more popular format lasted until 2005 when it underwent another revamp that further cut the number of games.

One of the most curious aspects of the Intertoto Cup was that there was not just a single winner. Most editions saw three teams crowned champions while the change to the format in 2005 ended up with 11 clubs winning the competition. From the 11, there was an outright winner based on whoever went the furthest in a European competition. In 2006, this turned out to be Newcastle who were able to collect their Intertoto Cup trophy, five months after playing their last game in the summer tournament.

Can somebody bring the Intertoto Cup back. We were always in that. We even won it by not playing a final once. #nufc pic.twitter.com/lIQ5D1IRlr

UEFA knew that there had to be some sort of incentive for teams to bother in this summer tournament which is why they handed all the winners a UEFA Cup qualification spot. Bordeaux reaped the rewards of this in 1995 when they went as far as the final of the competition after being handed a backdoor route in. In the earlier years teams headed into the first round of the UEFA Cup proper but following the format change in 2005, Intertoto winners entered the second round of qualifying. This potentially meant facing a lot of matches with no guarantee of actually making it to the group stages of the Europe’s second biggest competition.

Not only were the number of matches a concern but so was the timing of them. The Intertoto Cup began in mid/late June, much earlier than pre-season matches would normally begin. With key players still in need of a rest, the tournament often saw reserve sides feature, certainly in the earlier stages. This was true of all the three English sides competing in 1995, leading to none of them getting further than the group stage. Often clubs would simply forfeit their places. So many did so in 1998 that Crystal Palace, the club that finished bottom of the Premier League, ended up being England’s sole representative.

While the Intertoto Cup had its many flaws, it did at least put teams of roughly similar ability together. There were a few weak links of course but even the worst team in the group usually looked like they could, with a little bit of luck, claim at least a point. The Cup Winners’ Cup did not do this however leading to some of the most pointless qualification matches you are likely to see. In the final year of the tournament, nine of the 17 two-legged qualification bouts were separated by at least a five goal margin. A year earlier the first round of the tournament proper saw one side win 9-2 and another 14-1.

No tournament should have such one sided ties. It’s a waste of time for both clubs involved and makes many people lose interest in the earlier round as many results are foregone conclusions. By playing over two legs, the chances of an upset are much lower too as it’s much harder to get lucky on back to back occasions. The fact that such emphatic victories did occur however did at least mean there were some decent sides took part in the competition and did take it seriously.

While the Cup Winners’ Cup was no stranger to a few big names each year, those that could always opted to play in the European Cup instead. Some even preferred to play in the UEFA Cup as by the 1990s, the Cup Winners’ Cup was largely seen as a third rate competition. This is perhaps best demonstrated by the fact that on three occasions a side from East Germany managed to reach the final despite never doing so once in another European competition.

Its third-rate reputation meant there was often not a huge amount of interest in the competition. One particularly bad year was 1992 as the final saw just 16,000 people show up at the Estadio da Luz. A year later under 38,000 attended a less-than-half-full Wembley to see Parma take on Royal Antwerp. The final nail in the coffin for the Cup Winners’ Cup came with the expansion of the Champions League in 1997. This allowed far more big sides into the tournament who all shunned the far less prestigious alternative.

What the EL2 needs to avoid

After examining both the Intertoto Cup and Cup Winners’ Cup, it’s easy to see what led to their demise. UEFA needs to learn from their past experiences if they are going to make a success of a third competition running parallel with the existing two. There are some additional pitfalls to avoid too, ones that were not so much of an issue back in the days the now defunct tournaments ran. Below you can find some of the major dangers UEFA face and ones they will need to avoid if EL2 is to last the test of time.

Huge groups and endless qualification matches need to be avoided if teams are going to have the energy or desire to compete. At the moment a team starting in the first qualification round of the Europa League will face 23 matches should they go all the way in the competition. This is an excessive number of games and ideally the format of the EL2 should see a much shorter path to the final. There is a balance to be met however as making it too short would risk diminishing the achievement of winning the competition.

Playing in the Summer

Not only will teams not want to face an excess of matches in the quest for a not overly prestigious European title but they won’t want to start too early either. Preparation for the domestic league season will always take priority and any summer qualifiers will disrupt this, making teams more likely to play weakened sides. Other teams will soon follow suit as they’ll know they don’t need to risk regular names against a second string XI. 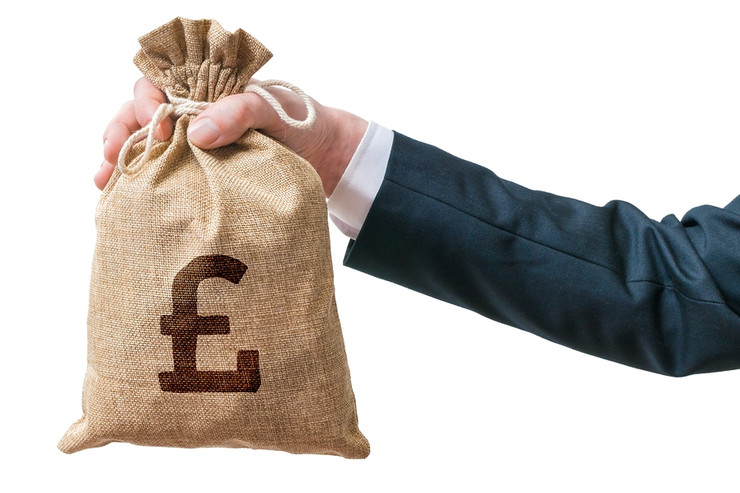 With the EL2 set to be below the Europa League in terms of importance, it needs to ensure that prize money helps give it a sense of being a valued competition. With many smaller clubs involved, financial rewards can give them a huge incentive to try and hard as possible in the competition. Unfortunately no realistic amount of money would be able to catch the eye of clubs from the richer leagues. For that reason it’s hard to see Premier League clubs, for instance, prioritising a third-rate European competition over the domestic season.

Fans of teams involved in any additional European competition will already have domestic league and cup matches to pay for. An extra commitment cannot become one that fans are happy to skip because it’s simply not worth the money. Although ticket pricing is outside of UEFA’s remit, they need to do all they can to try and get bums on seats inside stadiums. Tottenham proved what a difference cheap tickets make when eliminated from the Champions League to the Europa League in 2017. By charging £10 a ticket, the London club sold out Wembley, something they would not have done otherwise. Larger crowds means that everyone takes a greater interest in the match, including big paying sponsors.

With Tuesdays and Wednesdays covered by Champions League football and Thursday the day for the Europa League, there appears to be little room on TV for the EL2. This is not a problem if UEFA learn to embrace online streaming however. It would be possible to show all the matches on their website, either for free or via a paid subscription. Football has been slow to adapt to online streaming but the EL2 could be the perfect place to roll it out as it will struggle to find space on the TV schedule.

Would the Europa League 2 Be Welcome?

The idea of an EL2 is one that should be met with cautious optimism. There is a chance it can become a valued tournament for teams that can’t quite compete in the Europa League. It would provide many fans with the opportunity for away trips that otherwise wouldn’t be possible, pitting them against sides they’d never normally be able to face in a competitive setting. The competition could easily be a failure though if UEFA don’t learn from past mistakes though and are unable to adapt to the ever-changing nature of the modern game. Clubs and their fans must be consulted throughout the planning process too otherwise the EL2 may not stick around for too long.