There seems to be quite a lot of confusion in the footballing world when it comes to player contracts. In fact, from a football club point of view, it is taking a turn for the worse as players seem to be getting more power over their contracts and thus feel emboldened to make various demands that would not have been possible in years gone by. This shift of power has created a dynamic in which few people appear to understand what players can and can’t do, in terms of what is against their contract terms and what the consequences might be.

At the top level of football, player power is a huge concern in the modern game. Top players are being paid unimaginable amounts of money and therefore clubs feel they need to do whatever they can in order to make these stars happy. This is in no small part a way of reducing the risk of the club suffering a huge investment loss, which could ultimately see members of the board being sacked themselves.

So, on what terms or under which circumstances are clubs allowed to dismiss players and “fire them” if they have an ongoing contract with the club? We’ll explain that in detail in this article, but first let’s outline the basic information about what a football contract is.

What Are Football Contracts?

A club and player commit to each other through the medium of a contract. Typically, if a player is already registered at another club, then their new club will have to pay a transfer fee. Once the fee is agreed and the contract is signed, that player is now on the books of their new team, and then both sides (player and club) must abide by the contract. A contract has no pre-determined period of time and this variable will normally depend on the player’s age. You will rarely see a contract being more than five years.

The contracts are governed by the football association under whose remit the club in question falls. A contract will state more than just the period of time for which the player is attached to the club. It can also include matters such as privacy rights, intellectual property, marketing rights and more.

Contracts will help to protect both the player and the club if any issues were to arise. For example, if the club breach the contract they have given the player, then the player can take legal action against the club in order to seek compensation (and vice versa, of course).

Role of Player Agents in Contracts 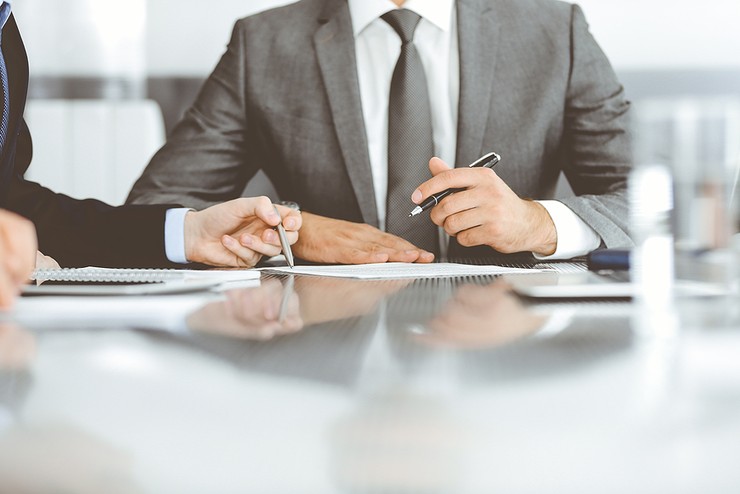 It isn’t compulsory for players to have an agent; however, you will find that most do, especially at the top levels of the game. Agents are there to help get players better contracts throughout their careers and to help them search for new clubs that could potentially offer them a better deal than what they currently have. They take a huge weight off the player’s shoulders, and they negotiate with clubs about their contract terms and conditions.

Once the player, the agent and the club are happy, a lawyer will then draft the footballing contract. 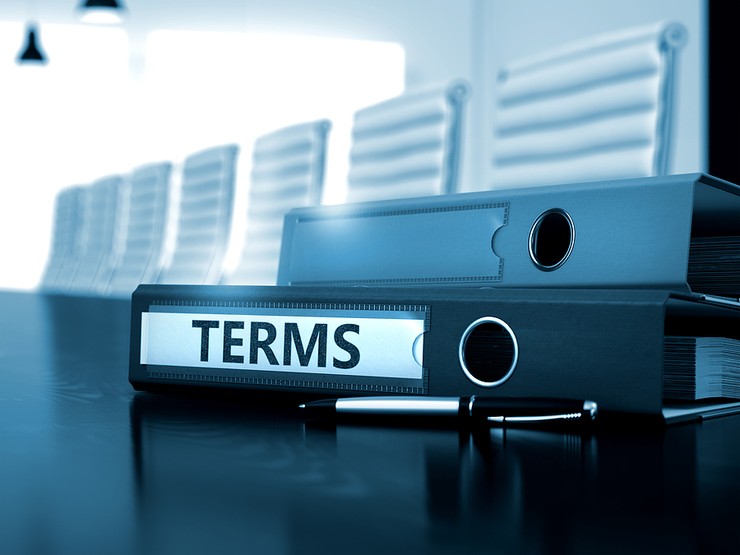 In every contract, there will be clauses. Contract clauses will determine under which terms and conditions both parties must act. These clauses are legally enforceable. Some clauses are typical within contracts and generally agents won’t need to negotiate much with the player and club to have these clauses altered or removed. However, in some cases, there will be clauses that will cause long-winded negotiations and, in some cases, the collapse of a transfer if an agreement cannot be reached.

Big money signings will typically have more clauses in their contracts in order to protect the club. This may be from things such as a rival club trying to buy them or the player to be sold for less than a certain amount.

The release clause is one of the most common contract clauses. The release clause will be the minimum transfer fee that another club must propose in order to negotiate with the player directly, without the parent club having a say. For example, a club might have to propose a £40 million fee for a star player and by doing so, they can speak directly to the player and the agent and skip the transfer fee negotiation part with the parent club.

Some clubs will cover their backs when selling a player, giving them the option to have the first choice of re-signing the player if there were ever to be placed back on the transfer market. This will typically be with younger players who may have great potential in the future. If the club feels they currently don’t have what it takes to feature at that club in terms of regular football, then they can sell the player and then if they were to improve their performances, buy the player back at a later transfer window. Of course, many clubs simply loan players out rather than sell and resign them, but it would depend on various factors.

Some clubs will demand that a player signs a sponsorship deal with a certain brand. There can be a lot of conflict between sports brands within football, where they want the best players to show support for their brands. Let’s take Nike and Adidas, for example. If a player sponsored by Nike on a individual basis signs for a club sponsored by Adidas, Adidas may intervene and demand that the player ends their sponsorship with Nike in order to be sponsored by Adidas. What happens in such a situation might well come down to the individual power of the player in question.

A lot of clubs act as feeder clubs for the bigger names in the league. When upcoming talent comes through the ranks of lower positioned teams in a league, it’s hard to keep them away from the big dogs of the top leagues who are waiting to snatch them up. There is quite literally nothing the parent clubs can do. So, in order to benefit in some way, they can ask for a huge transfer fee but also add a sale percentage clause, which means that if the player was to be sold again, they would get a percentage of that transfer fee.

This can hugely benefit lower positioned teams, imagine one of their players turns out to be a £100m signing and they get 10% of that! 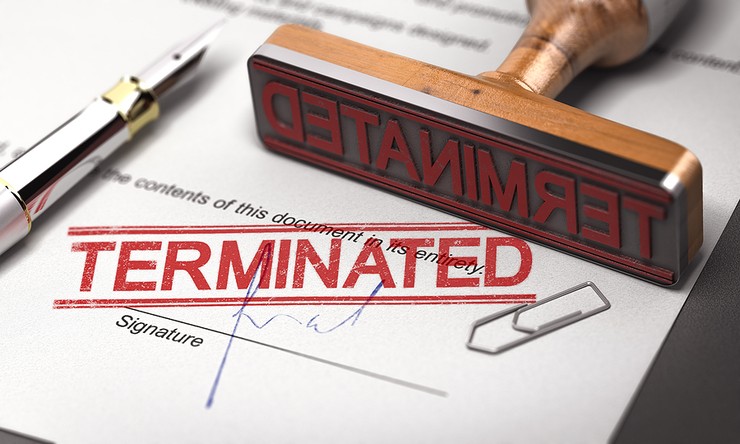 When a player signs a contract, both the club and the player are committing themselves for a period of time, for example it may be for five years. Both parties are obliged to see out the contract length. This differs for ordinary employment, where the employer does not need to pay a “transfer fee” to another employer in return for getting their employee working for them instead. Employers are also able to terminate a contract of an employee without huge financial consequences. In some cases, they may only have to pay a small amount of redundancy money.

There are two reasons why a club might terminate the contract of a player, if they have termination rights. Firstly, the contract may be coming up towards its expiry and the club simply does not want to renew the contract. Secondly, the contract could be terminated prematurely (but legally) under the footballing legislation of that particular country and governing body.

If a player is subject to contract misconduct, then the club is able to terminate the contract, this is known as “just cause”. The employer does not have to give the player any notice for this either, it can be a straight dismissal if the misconduct is deemed serious enough.

Of course, the player is able to argue this dismissal under the FIFA regulations if they feel they have been treated unfairly. If the club is found to have dismissed a player outside of the “just cause” regulations, then the club will be punished, typically by monetary sanctions.

Don’t think for a minute that this means the club has all the power over the player, it couldn’t be further from the truth. It can be hard to justify what classes as just cause unless it is specifically stated in the contract.

There have been two recent cases in which there is an argument for players breaching their contracts, these cases involve Kurt Zouma and Mason Greenwood. These footballing stars have been attracting a lot of negative press for their inexcusable actions, giving their clubs reason to terminate their contracts. After both incidents, their clubs came out and explained that they would not be terminating their contracts, Kurt Zouma in particular will still be eligible for all West Ham games moving forward, whereas Manchester United are refusing to let Mason Greenwood play, but have stated he will still be under contract, a position with which his sponsors seem not to agree.

There could be reasoning behind these clubs not dismissing their players. Despite the players’ actions, there may not be a clause in their contracts that would stand up in a court of law as being a suitable reason for terminating their contract. It may sound crazy but without these specifics, players and their lawyers are able to argue against their termination and could then proceed to sue their club. 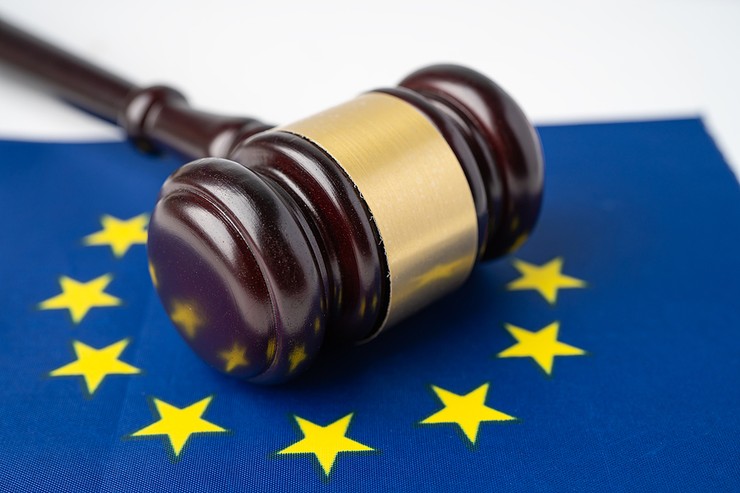 Further evidence of player power can be noticed in the Bosman rule. Over 25 years ago, the face of football and specifically football transfers changed for good, thanks to a Belgian midfielder named Jean-Marc Bosman. Bosman faced a huge fight against one of his previous employers and thanks to his actions, football has been able to experience some of the greatest transfer moves in world football.

Bosman was coming to the end of his contract with RFC Liege (in the Belgian League) and was drawn in by a tempting offer from Dunkirk (of the French Second Division). At the time of this event, Bosman was still under contract at RFC Liege and therefore he was not able to negotiate contracts with other teams until his contract had expired and then his club was able to ship him off on a free transfer, or unless another club offered them a fee.

Liege demanded a fee, which led to the deal falling through. After this, Bosman’s wages were sliced by 75%! Bosman refused to sign the contract and proceeded with a legal battle against his club, which saw him kicked out of the Belgian League. Bosman ended up winning his court case which brought in a new rule: players are allowed to leave on a free transfer as soon as their contract ends and players coming to the end of their contract can ask their club for more money in order to keep them at the club. From this ruling, a significant amount of additional power was handed to the players. 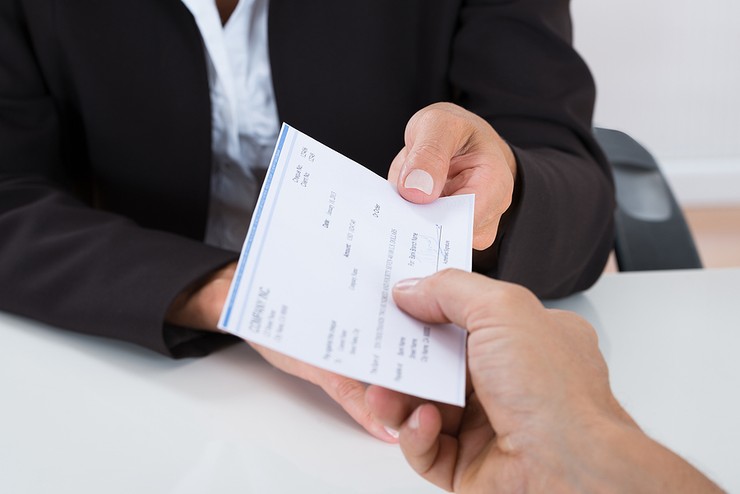 When a party has breached contractual obligations, they must then face the sanctions put in place. Both players and clubs can be at risk of sporting sanctions if they unilaterally terminate the contract, without good enough reasoning. Consequences can include a player not being able to play for the club for a four to six-month period or, if it is the club at fault, they may face transfer bans.

Firing Possible But A Last Resort 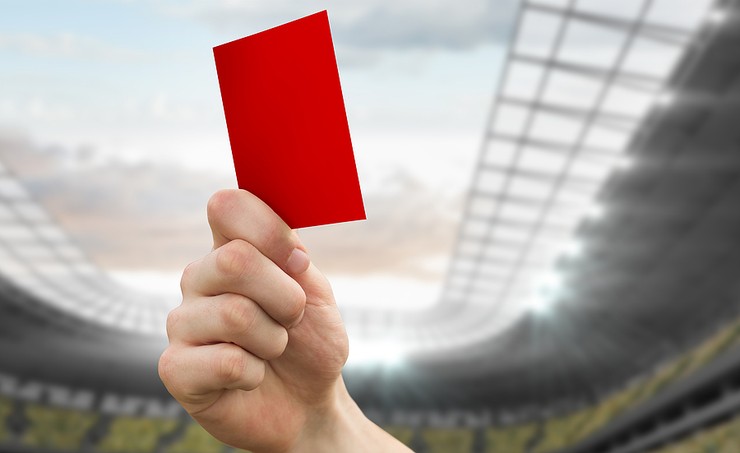 It appears that a club can indeed fire a player if they are still within contract, however they would need a very good reason to do so. If a club has a strong case to argue for just cause, they will be able to take legal action against the player and terminate their contract, essentially firing them, without them working the rest of the contract. The player also has the right to take the same action against the club. If this was to be the case it would be a matter to be resolved by the courts and many FIFA regulations would need to be examined to determine who is right or wrong.