In the end, Cardiff went down with a whimper. The Bluebirds had every chance of maintaining their Premier League status with just a couple of weeks of the season to go but were disappointingly meek just when they needed their biggest effort.

Neil Warnock said after the loss to Crystal Palace that this was the most rewarding season he has had as a manager despite the way it ended for his team. The veteran boss has had to deal with more challenges in one season than some managers will in a career and the fact that they navigated them well enough to at least have a chance of staying up is to Cardiff’s credit.

In the end, Cardiff joined Huddersfield and Fulham in not quite having the required quality to retain their Premier League status. After a short break to recharge the batteries, everybody at all three clubs must start planning for next season. With some Premier League quality players, recent success in the Championship and those all-important parachute payments, the relegated clubs should have an edge over their rivals in the second tier but what do they need to do to ensure they make the most of their advantage?

It’s Not How You Start 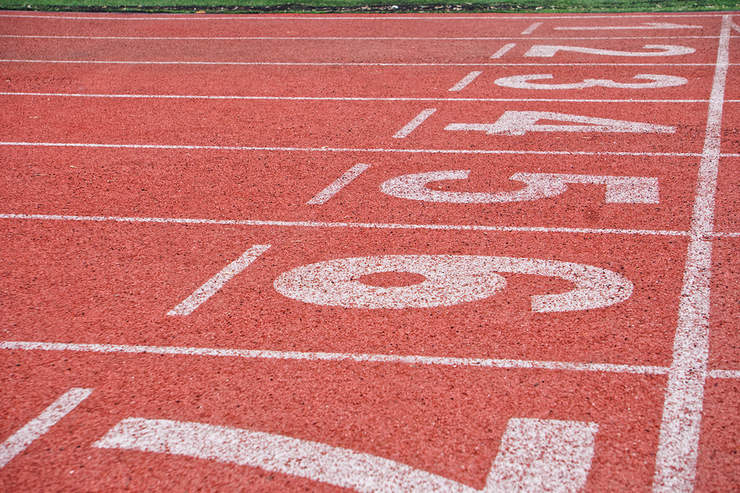 Relegation can hit a club hard. Costs must be cut which ultimately means people losing their jobs in the background and often a considerable change to the playing staff. Players on high wages are moved on but some may not want to go, whilst the manager (assuming he keeps his job) won’t want to lose any of his best performers from the campaign passed. Dealing with this upheaval takes up the vast majority of a club’s collective focus and energy during the summer break but things are even more complicated at the three teams relegated from the Premier League this season.

Huddersfield have a new man in charge of the club after Dean Hoyles stepped down due to ill health, Fulham need to make a decision on whether Scott Parker or somebody else should be given the manager’s job long term and Cardiff must have similar discussions with Warnock, whilst their legal dispute with Rennes over the transfer of Emiliano Sala rumbles on.

With the best will in the world, the individual and collective problems that Huddersfield, Fulham and Cardiff have to sort out in the coming weeks will inevitably have an impact on the start of their Championship campaigns. Fans of the three clubs may hold high expectations about their team bouncing straight back into the top flight but they must prepare themselves for a tough start to the season.

Norwich and Sheffield United each showed this season that the Championship campaign is a very long one and that there is ample time to overcome poor starts. Sheffield United lost their opening two matches whilst Norwich won just one of their first six clashes and yet they both remained true to their plan and ended up winning automatic promotion to the Premier League with room to spare.

It is very easy for the negativity of relegation to bleed over into the start of the next season. The managers of the relegated sides, whoever they end up being, must ensure that negativity does not become endemic. That’s especially true if they start poorly as failure to win promotion or even worse may await, just ask Sunderland. Of course, the Black Cats are far from the only side to have suffered back-to-back relegations to the third tier and some may even argue that a season of consolidation in the Championship can be viewed as a decent outcome for a side that drops down from the Premier League.

The Championship is a Very Different Beast 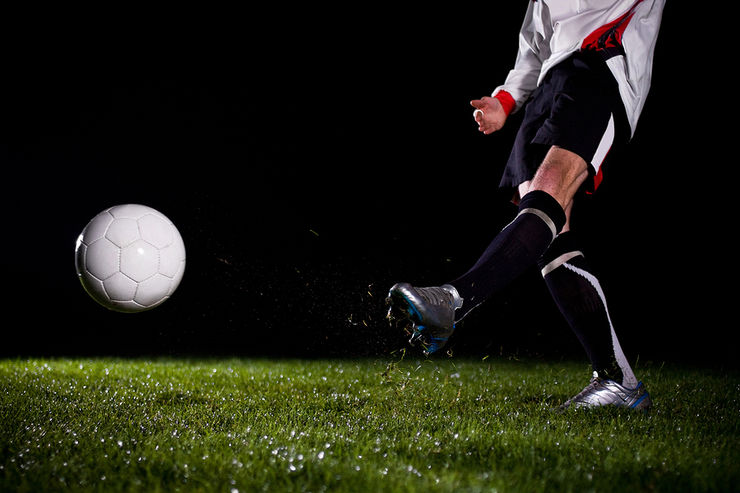 Bouncing straight back from relegation to the Championship is a very tough thing to achieve, despite it being what most fans expect, or at least dream of. Just one of Swansea, Stoke and West Brom even made it into the playoffs this season. In fact, only 10 teams have managed to put relegation behind them by winning promotion straight back to the Premier League in the last decade (Newcastle have done so twice). Of those, half had to rely on the playoffs, so the advantages that you’d expect a relegated team to have in terms of player quality, fan support and funds have not actually proved to be that advantageous.

What all 10 of those teams have in common is that they did not underestimate the Championship. In the opinion of many people inside football, the Championship is the most demanding league in world football. That’s not to say that Brentford are better than Barcelona but the competitiveness within the division can make it a real slog at times. The physicality of the league and the relentless nature of the fixtures are tough enough to deal with but you can now throw the extra money that’s being spent on an ever high calibre of players into the mix.

Managers of relegated teams who managed to earn their spot back in the Premier League all understood that signing players with Championship experience is important. In that regard, Cardiff could be in a better position than Fulham and Huddersfield. The Bluebirds’ squad is full of players who either played during their promotion season or who were signed from other Championship teams. Fulham radically overhauled their squad after winning promotion with disastrous consequences whilst Huddersfield have had an extra year in the Premier League to change their squad and have hardly won plaudits for their transfer business.

Cardiff may also have an advantage in terms of their manager. Warnock has already said that he wants to remain in work next season despite turning 70 in December. His methods may be outdated by Premier League standards but his organisation and motivational skills have proven to go a long way in the Championship.

He’ll have to make changes to his squad as there were rumours of some players falling out with their manager in recent months but Cardiff will only benefit from his Championship experience. In contrast, Scott Parker has never been a first team manager before and Jan Siewert’s first months in English football have been less than impressive. Quite how either will relish the stereotypical wet Wednesday night in Hull remains to be seen. 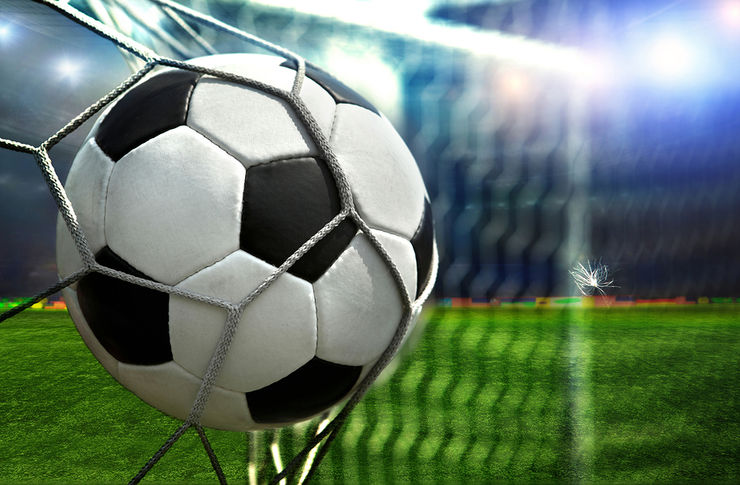 Any team with genuine ambitions of winning promotion from the Championship needs to be solid in defence whilst offering a significant goal threat. Teams with obvious weaknesses will quickly get found out such is the standard of player and manager now competing in the division but recent years have suggested that scoring goals is more important than keeping them out.

Middlesbrough are the perfect example of this. They were always going to be drilled to within an inch (definitely an old fashioned inch, not anything as fancy and modern as a centimetre or two!) of their lives with Tony Pulis in charge and indeed they ended the season with the joint best defensive record in terms of goals conceded alongside Sheffield United. However, Boro scored just 49 goals compared to the Blades’ 78, which is ultimately why they will be playing in different divisions next season.

Of the top 10 defences in the 2018/19 Championship season, only four of them finished inside the top six. That compares to six of the league’s top scoring teams. The season before, Hull were the only one of the Championship’s top six scorers not to claim a place in the playoffs or better (Middlesbrough finished fifth in the table and seventh for goals scored). It was a little different the season before but no team scored more than league winners Newcastle and Brighton finished fifth for goals scored as they claimed the second automatic promotion place.

It’s not that defensive minded managers and teams cannot have success in the Championship but rather that having a forward line who can be relied on is absolutely vital. That suggests Fulham should fight tooth and nail to hang on to Aleksandar Mitrovic and Cardiff and Huddersfield should concentrate their summer spending on strikers who can score 20+ goals in the Championship next season.

Scoring a high number of goals has the secondary benefit of keeping the fans onside. Supporters of Middlesbrough, Bristol City and Nottingham Forest all lost patience with their teams at times this season as a lack of firepower saw them fail to make the most of their strong foundations. Losing can be tolerated if there is excitement and hope but if a side is losing AND struggling to score as well, those in the stands rapidly begin to question why they are paying to come and watch.

Fulham fans – who lost patience with two managers this season – would love to be entertained by some quality attacking football whether Scott Parker or another manager is in charge. If the team shows they are going to tackle the season ahead head with an attacking style, they can win the fans over which can only be a good thing.

How the 2019-20 season will pan out for Fulham, Cardiff and Huddersfield remains to be seen but we won’t be rushing to back any for an instant return to the Premier League. In fact, more likely we feel is that at least one and possibly two might even be closer to relegation. Time will tell.